A Piggy Interview WithNorris and Parker (Burn the Witch)

It’s called Burn the Witch and features some or all of the following: Sex witches, penis cliffs, heartbreak, stag parties, voodoo pussies and us playing a variety of vulnerable men.

It was a room above a pub in Manchester. The audience were made up entirely of friends and family and one member of the actual public who thought it was our birthday party.

Parker needs to have three bananas and two large bottles of water and then gags and heaves with nerves until she has to start the show. Norris gets paranoid that she’s pissed herself and makes people check her leotard for wet patches and all this is happening whilst pooing in the toilets next to each other and running lines.

We got a lovely four star review from the Guardian, “a bed rock of fine, funny writing and skilful comic performance” and were included in their Top Ten Best Comedy Shows of the year 2016 but were brought back down to earth with this brutally accurate tweet, “This is just bitter actors screaming and head tossing”

And Agnus Joyce Wells left this review on our EdFringe Listing,

“Not sure what this was all about really, but the pianist did have presence”

Reviews will be hard to avoid when Norris mum makes a collage book of reviews and frames them on her wall and Parker’s dad sends a family email with good reviews and withholds his love and money if they’re bad.

They’re just people trying to make a living. Like traffic wardens and prostitutes.

Never mind Meechan, what about the pug? The pug should be tracked down to wherever it’s hiding in Argentina and tried as a war criminal. In fact, we actually hate pugs and believe all pugs should be killed in gas chambers. Due to their poor lung capacity this shouldn’t take very long.

Pugs in a gas chamber.

See the pugs in a gas chamber.

When we gigged with Bobby Davro and he thought our pianist was the comedian and we were his wives.

Norris and Parker was talking to Wrigley Worm.

Find Norris and Parker on the web - 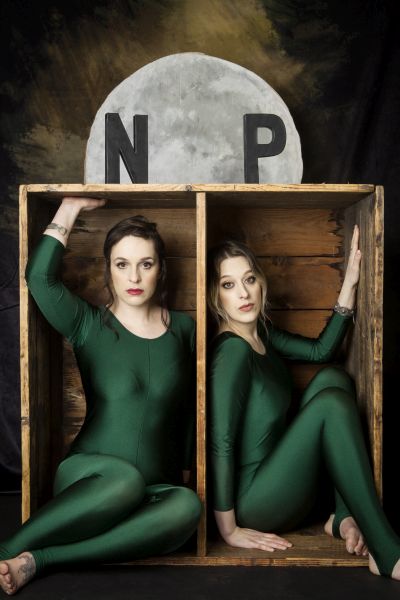 Find Norris and Parker on the web -

Reviews will be hard to avoid when Norris mum makes a collage book of reviews and frames them on her wall and Parker’s dad sends a family email with good reviews and withholds his love and money if they’re bad.