The show is called ‘Marriage Material’ and it’s my debut hour, after many years “honing” my-self into the ground at the world’s best comedy clubs, being in competition finals, supporting great comics like Tom Stade, and writing jokes on a movie with Will Smith (the American movie star one not the English comic/actor/writer one).

It is real comedy with some of the best jokes you will hear at the fringe, but it is also personal as all hell. I talk about how I got engaged and the problems therein, and wonder if I am really ‘Marriage Material’ (it’s good to mention the title a lot I’ve heard).

I also talk about my near-death experience, how my ceiling collapsed, and other light-hearted banter.

For someone often seen as a clean comic, there are a surprising number of dick jokes. But they are relatively highbrow ones.

There were bright lights. The stench of dried sweat in the air. Sudden loud noises that could come from anywhere. A man shouted “We’re all just dust!”. Then a loud piercing sound like….screaming? No…I think…I think that’s…laughter.

It was all over in 4 minutes and 20 seconds. I would never be the same again.

Rush to bathroom. Annoy tech person with questions about the mic sound. Warn promoter of audience members who look like trouble. Rouse myself into an insufferably cocky state that would be unacceptable in daily life. Attempt to start stopwatch, only to find halfway through the gig that this attempt has failed.

My best and worst reviews both came from that tireless and widely esteemed champion of comedy, Steve Bennett at Chortle. Realising that essentially the same material can be both “obvious” and “weak” one day, yet on another day “well-crafted… earmarking him as a future success” gave me a zen-like approach to reviews.

I cannot be deceived by flattery, nor deflated by cruel calumnies. I feel nothing.

Although The Times said I was “Hugely engaging” so please come to my show, 7:15pm at the Mash House. It’s called ‘Marriage Material’.

Yes, that way if they’re bad it is much easier to track down the writer. Edinburgh is relatively small and there are lots of narrow alleyways. They can’t hide forever. I’m a very patient man. No, they’ll come up for air sooner or later. They’ll have to. Trust me, I’ve seen this a hundred times if I’ve seen it once. All we have to do now is wait…

Given that this is my first Edinburgh hour and I have spent all my grandmother’s money on it, I think it would be unwise to comment.

Well apparently he technically did commit a criminal offence since he was convicted, but do I believe he should have been? No, of course not.

I actually closed a gig where troubled comedian Lewis Schaffer played that clip to a roomful of people and it got huge laughs. Maybe it was the expert way Lewis placed it in context. Or maybe it was just a funny clip.

I wasn’t watching properly and my main memory was waiting an obscene amount of time for Lewis, who was MCing, to bring me on. Weird how even a national scandal turns out to actually be about me.

Anything that praises Jeremy Corbyn or dangerous and extreme left wing ideas. But that al-most never happens.

Early on in my career I have occasionally misjudged things, but this was done out of inexperience rather than malice. That’s natural for new comedians, though it’s a fact reviewers often apparently fail to realise.

I am not interested in upsetting people in any way, though some of my jokes have a bit of bite to them. In the words of Steve Bennett:

“Nick Dixon has a sparky cynicism that engages while maintaining an edge to his well-crafted jokes, delivered with certainty, earmarking him as a future success” – Chortle.

I have had many, many, many great gigs. But my favourite was winning the Comedy Store King Gong show exactly one year in to starting comedy.

Having slogged away for a year at awful open mic gigs full of mentally ill people, I proved to myself, and 400 strangers, that I could really do this. While others were booed and shunted off the stage, I received an actual crown and three offers of representation from agents.

It was how the world should be. Darwinian, merit-based, where the strong are adorned with finery and given their pick of the finest beauties in Christendom, while the weak are sent home like peasants on a squalid and frightening night bus, never again to rear their gro-tesque…sorry I have forgotten what we were talking about.

Find Nick Dixon on the web - 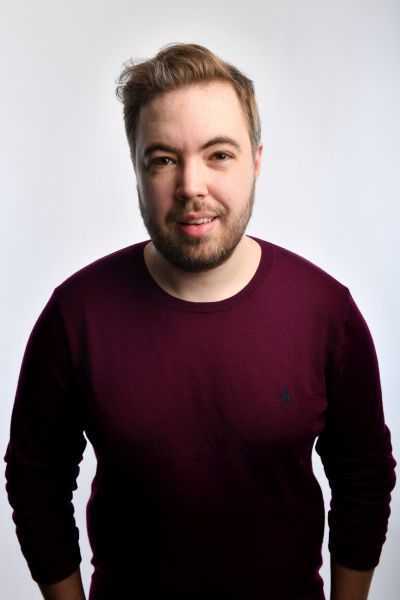 Find Nick Dixon on the web -

My best and worst reviews both came from that tireless and widely esteemed champion of comedy, Steve Bennett at Chortle. Realising that essentially the same material can be both “obvious” and “weak” one day, yet on another day “well-crafted… earmarking him as a future success” gave me a zen-like approach to reviews.