It’s a storytelling comedy show about David Bowie, a break-up and whether me doing stand-up makes me an “artist” or not.

I was doing a stand-up comedy course which culminated in a gig which people on the course can invite family and friends to. The idea being that the gig will by its nature be very nice & supportive. However, it occurred to some of us that doing your first ever gig in front of people who knew you might conversely be a horrible experience so we went along to an open mic night in Deptford a week or so before to practice. As you’d imagine that room was sparsely attended. There was a man asleep in the front row but as I was doing it, I remember thinking if this is as bad as stand-up gets then it was do-able. I was wrong of course, it could be so much worse than that.

Not really. I check my fly, often set the timer on my watch and/or my voice recorder on my phone and then when I’m announced on stage I forget to turn them on.

I’ve had a lot of really nice reviews, but inevitably I don’t remember those as much as the bad ones. Even then it’s not the bad ones which bother me so much as the ones that are just pointless. I had one that was a review of my final show of the run. It was a busy show and some people had to be turned away. The review only mentioned bits from the opening couple of minutes from the show, which made me wonder if perhaps he didn’t make it into the show and just spent a couple of minutes stood outside the door.

Yes. I don’t have a PR or anything, so I don’t feel like I have much choice. Also, I think I’m just too curious not to.

I have no issue with criticism. I’m a big film fan and read certain critics or a selection of critics to get an idea of whether I’d like a movie or not, so it would be pretty churlish to complain about criticism in comedy. I think readers, myself included, can form a relationship with certain critics. That said, I can’t bare aggregate websites like Rotten Tomatoes which compile reviews to give an overall score. That tells us nothing about whether you or I would like something because movies like comedy are subjective. I think there’s an issue within the comedy world, particularly during the Edinburgh Fringe, when critics who normally review gadgets or cars or whatever are suddenly reviewing Fringe shows. I’d like to think that person who’s writing about me is at the very least someone who has seen lots of Fringe comedy shows before and knows something about what they’re writing. The democratisation of criticism in recent years has a created an “everyone’s a critic” mentality which simply isn’t true, you just have an opinion. Criticism is something else. If you can’t tell the difference then you probably shouldn’t be reviewing.

I don’t think it ever should have gone to court, and I believe Meechan’s intentions were to amuse, but in my opinion, part of the problem was that it wasn’t good enough, funny enough, or clear enough in its intention.

I don’t think the video worked comedically and many, myself included, found it crude and offensive, and more significantly others thought it was inciting hate. I believe it takes a huge amount of skill in comedy to make material about edgy or controversial subject matter work, and years to perfect. It’s incredibly hard to do. After 11 years doing stand-up I still try to avoid them completely because I don’t think I have the requisite skills to pull them off. I think attempting to develop material like this in isolation, and not in front of audiences only increases its chance of not working. I’ll also reiterate that comedy is subjective, so what do I know?

There are lots of things I don’t and wouldn’t ever find funny, Plenty of old comics have made there careers telling racist jokes for example. I don’t find them funny but presumably, their audiences do. [Shall I say “subjective” again?] I like to hope that the audiences for these acts are getting smaller and smaller as attitudes change, which would suggest that over time some subjects aren’t suitable for comedy. Certainly, if we look towards Television as a barometer of mainstream tastes then we can see that this changes constantly. People in 2018 are often disgusted by jokes that were broadcast on TV 40 years earlier.

Yes. When I first started I had a gag which went “I had a dream I was eating a giant marshmallow, and when I woke up I realised I’d murdered a prostitute”. I hate that joke now and would never say it on stage now. It doesn’t really work and makes light of murdering sex workers. It’s horrid. Some people might read that and think I’m being overly sensitive because “it’s just a silly joke”, but it was certainly too far for me. Aside from the moral implications of saying something like that myself, I don’t think I’d like or respect the audience that laughed at it.

I was in the Hackney Empire New Act of the Year Final in 2010 and got to perform in that famous theatre, full of history. I was nervous before I got there and they asked us if we’d like to get a feel for the stage before the audience came in. Most of the other acts said they were too nervous to, but another act and I wanted to take a peek. As soon as I got onto the front of the stage and looked out at the empty auditorium all of my fears vanished. Although I knew it was about to be full of 1,300 people, from the stage it all seemed quite compact. I realised that playing a full theatre is actually going to be much better and easier to get laughs in that a sparsely attended room or corner of a pub, (sometimes without a microphone) that I was used to performing in at the time. I knew it’d be a good gig after that and even if I was bad it’d still be a pleasure, and it was.

Find Nathaniel Metcalfe on the web - 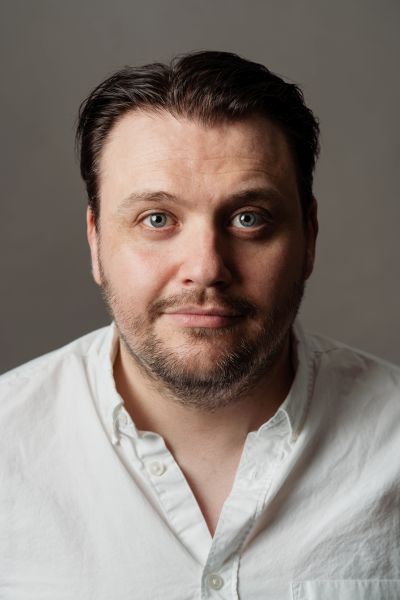 Find Nathaniel Metcalfe on the web -

I’d like to think that person who’s writing about me is at the very least someone who has seen lots of Fringe comedy shows before and knows something about what they’re writing. The democratisation of criticism in recent years has a created an “everyone’s a critic” mentality which simply isn’t true, you just have an opinion. Criticism is something else. If you can’t tell the difference then you probably shouldn’t be reviewing.