It’s the latest stage in my creation of the genre of “upbeat resentment” and is about effort and how I don’t make enough of it. It’s my 25th year in a row performing comedy (street, sketch or stand-up) at Edinburgh, and I’m doing a 250 seater at 2.50pm, which is actually a coincidence.

I remember my hand shaking with the adrenalin. I did some absolutely terrible material about vampires and mayflies, but it was life-changingly exciting and I finally felt like I’d found “my thing”. Ava Vidal was the closer and afterwards she said, “you should keep at this, you’ve got a good look.”

I pace up and down, run through the bullet points of the show, have five wees and burp a lot.

My best one was when Teller (the one from Penn and Teller who doesn’t speak) told me “you’re wonderful”. I’ve been fans of them since I was a teenager so it really meant a lot to me. The worst was when Kate Copstick eviscerated my radio sitcom. It was a 15-minute pilot that had got to the finals of a new act competition, was the first sitcom I’d ever written, and there was no need for it to be reviewed by anyone; it was like stamping on a freshly-hatched chick.

I don’t read reviews of anything connected to my industry; they’re aimed at punters not at comics. Anyone aiming their review at a performer needs their head examined. I ask other comics who they’re excited about, that’s the real measure of a show, and as a system is impossible to corrupt using money. The next stage of this manifesto is to not read any, but to stop showing off about the fact that I don’t read any.

I sort of don’t believe reviewers exist. Anyone who’s watching a show with an agenda disqualifies themselves as an audience-member, so reviews are paradoxical. I’m happy to benefit from the good ones, because I have to feed a child, but I don’t take them seriously as a concept.

I’m not qualified to determine whether it was a criminal offence, apart from the fact he was convicted of one, which I think means probably yes.  I perform in front of live audiences, so I need to win over rooms full of strangers with conflicting life-stories and opinions, but “YouTube comedians” create material that is distributed among self-selecting audiences of people who share their views. They say what they want and it finds people who agree, rather than having to convince anyone of anything, so I think there are different criteria for establishing the context of whether they’re joking about something.

I don’t understand why people are obsessed with this question. Comedy itself doesn’t belong to anyone; “suitable” to whom? Every comedy performer creates material that will tell audiences more about themselves than they intend it to. People upon whom you’re trampling with your shitty transphobic joke don’t burst into tears and snowflake away coz they can’t handle your searing insight, they just roll their eyes and put up with yet another tiny boring man who hasn’t bothered to educate himself.

Yes. I’ve got a whole show I can’t release because in 2012 I didn’t have the awareness to realise that the entire thing was configured around what’s essentially a fat joke. It’s a cleverly written, unreliable-narrator callback that ties the show together, but it’s still predicated on the assumption that being fat is a failing of some sort, and it makes me feel like a dick to think I performed it 30 times and hurt people without realising it.

I opened at Largo at the Coronet in LA for Patton Oswalt, my favourite comic, who I then watched from the wings. I was doing cartwheels afterwards, it was a glorious show.

Find Stuart Goldsmith on the web - 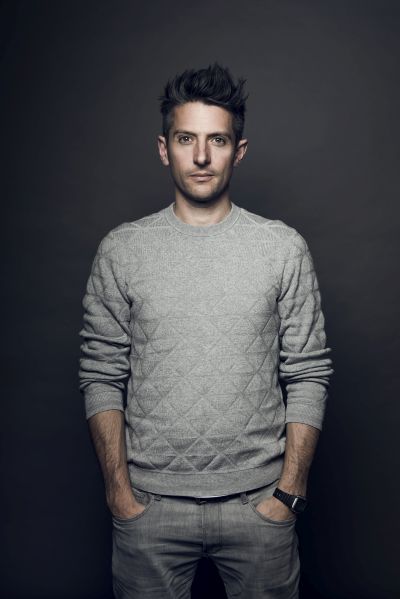 Find Stuart Goldsmith on the web -

I sort of don’t believe reviewers exist. Anyone who’s watching a show with an agenda disqualifies themselves as an audience-member, so reviews are paradoxical. I’m happy to benefit from the good ones, because I have to feed a child, but I don’t take them seriously as a concept.