It’s called “Last Night a Weegie saved my life.” It’s a true story that triggered a memory about an event in my life that shaped me more than any other. It’s funny, ridiculous and possibly sad in a couple of places too. But it ends in the best way possible…

My first gig was at Pear Shaped in Fitzrovia, London’s second worst comedy Club – with Brian Damage and Krysstal. I did two minutes after the headliner had been on. The audience tittered politely while I told jokes about Japanese suicide and spiders. They say talk about what you know. I ignored that advice until much later in my career.

My missus (The Weegie who saved my life) is a qualified hypnotherapist. She hypnotised me in an attempt to help me to relax. The problem of course, that as lovely as the Glaswegian accent is, it’s not always conducive to relaxation. I now do self-hypnosis and pace up and down a lot before I go and remind myself that I chose to be a comedian!

My best review was one from Copstick of a show I did at two weeks notice in Edinburgh in 2013, about the time I went to do some gigs in Turkey and ran away from what I thought was the Turkish Mafia. It was validation when I needed it most. I was too late to be in the fringe brochure and I only did it because I had no gigs during the summer. It’s an epic story that I will bring back to Edinburgh properly one day. The worst was from the Stage in 2009 – it said my show was therapy masquarading as stand up comedy. The reviewer shook my hand on the way out of that gig. That hurt me way more than the review.

I haven’t decided yet. If I do, I’m going to believe the good ones and ignore or quickly come to terms with any bad ones.

I need them to come and see my show. I’d like them to enjoy what I do. It’s someone doing their job and I appreciate anyone taking time to come and see what I’m doing – even the guy from The Stage.

There’s nothing worse that wasted talent or potential. £800 could have bought a lot of quality dog food or gone towards acting lessons. I struggle with people who have narrow minds as much as I struggle with tricky interview questions! Racism is a hate crime. The dog probably just wanted a biscuit. The owner sounds like something I can’t say in an interview…

The so called “edgy” comics who don’t think through what they are saying on stage mildly irritate me. But that’s because of their delusion and inability to hear the silences or the way in which they rationalise and kid themselves that they are so edgy nobody can cope with hearing their truth bombs. Say what you like on stage, but live with the consequences. I think it’s important to play the room. There is a time and a place to push boundaries. But most of all be funny. That’s the job.

When I first started out in comedy, yes. There’s no excuse but learning how to be a comedian is not easy. I was scared and full of adrenaline. I’ve got angry when I could have just ignored what was said by someone for example. There is much to learn and I’ve managed to avoid making most of the mistakes a second time. Also, I want to entertain people, not upset them.

I bet I’m not the only comic saying that the best is yet to come. I have a decent comedy batting average, but I’m always aiming higher. Sounds stupid doesn’t it? But this year’s show is going to be the best gig/s that I’ve done. I have to think like that, or it’s pointless me going.

Find Matt Price on the web - 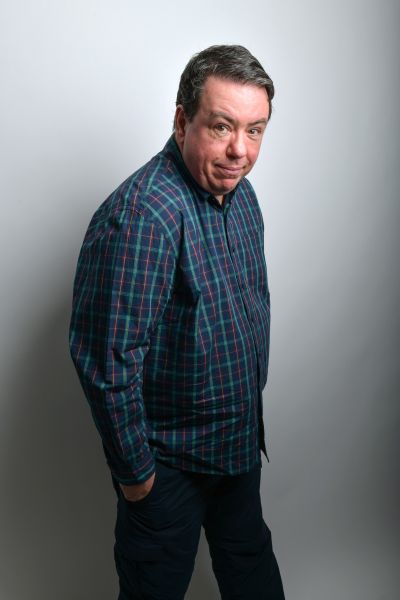 Find Matt Price on the web -

My best review was one from Copstick of a show I did at two weeks notice in Edinburgh in 2013, about the time I went to do some gigs in Turkey and ran away from what I thought was the Turkish Mafia. It was validation when I needed it most…. It’s an epic story that I will bring back to Edinburgh properly one day.