It’s me trying to use my platform to sell an engagement ring and move on from the reasons I’m selling it with some dignity. That didn’t go brilliantly. I bought a bin online for my new place but forgot to change my address on the website so ended up sending a bin to my ex, with my name on it, and that’s not even the most embarrassing thing in it.

A friend of mine booked it without telling me then used a method know as peer pressure to talk me into actually doing it. It was a mixed bill and I followed a poet who did a powerfully moving poem about the physicality of what happens to a child’s body when they’re accidentally shot in a drive by. He ended his set by saying “I don’t want any of you to clap, because if you clap you’re missing the point. Thank you.” Then silence. There was no MC so I then had to go straight on and give my first ever sideways glances and hot takes on this crazy old thing we call life. Let’s say I’ve had better gigs since.

I spend a full day questioning my life choices.

My best review was completely wrong, the reviewer was just in a good mood, and my worst review cut to the core of everything that’s wrong with me and exposed me for the fraud I am.

It’s inevitable that news of them will filter back to me so probably, unless I get a particularly savage one and am warned away.

I’m not someone who’s anti-critic. There aren’t many people that review comedy full time and I think it’s vital that there are at least a few. Obviously they can’t see everything so the Fringe has a lot of inexperienced reviewers cutting their teeth, but I don’t know what the alternative is so good luck to them, unless they review me in a way I don’t like in which case fuck the cretins.

I don’t think so in theory, but in practice I think that at any given time there can be both audiences and comedians who aren’t suited to comedy. I don’t know who would police that. There are always going to be people who are good enough to tackle difficult subjects well and there will always be open mic acts who think it’s funny to shock for the sake of it. Those with potential will eventually either work out how to do it or not to do it.

I once ran through a field of wheat, shouting “Gas the horticultural pests!” I was merely offering my advice to a nearby and clearly inexperienced farmer who looked unsure of how best to preserve his harvest. On reflection it seemed aggressive and if he’s reading this I’d like to publicly apologise.

I think my favourite gig was in Edinburgh in maybe 2015, at a show called Phil Nichol’s Cray Cray Cabaret. It was run by Phil and Bec Hill. It was in one of the Assembly venues. Adam Hills had just been on and the room was already in a great mood. I was only visiting that year so just messed about but it was of those gigs where the crowd had seemingly limitless energy and best of all, I had a backing band soundtracking every joke. One day I will always have a backing band.

Find Jim Campbell on the web - 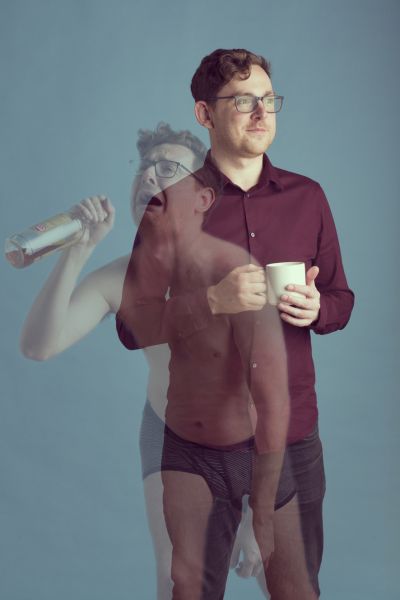 Find Jim Campbell on the web -

I’m not someone who’s anti-critic. There aren’t many people that review comedy full time and I think it’s vital that there are at least a few. Obviously they can’t see everything so the Fringe has a lot of inexperienced reviewers cutting their teeth, but I don’t know what the alternative is so good luck to them, unless they review me in a way I don’t like in which case fuck the cretins.