A Piggy Interview WithPhil Ellis (Ready for the Big Time)

This year’s show is my final attempt at showing the industry that I have all of the skills and class that it takes to hit the big time. I’ve already won Edinburgh once but apparently that wasn’t good enough so I’m going to show THEM how versatile and creative I really am. You want stories? I’ve got a shit load of them. You like impressions? Then schumbody better schtop me!!! (Jim Carey – The Mask). Everyone who hasn’t kissed a person likes magic, so there’s that too. Singing, dancing, TRUTHS and erm…. Other stuff. Don’t want to ruin it for everyone obviously.

It was shite but I thought it was good enough to continue. It was in the Midlands… Stourbridge area? Sutton coldfield? Is that the Midlands? It was somewhere like that. I talked about how (at the time) I looked like Rodney Trotter and then did some wacky stuff about bears and making soup. The audience were patient enough to allow me to believe that they were in awe of my genius.

I used to cry but now I save that for onstage. I usually pull my socks up and check my flies and nose. Sometimes if someone is walking past just before I go on, I’ll say to them, “I’m funny aren’t I?”. Their responses vary.

Well the worst and the best one used to be the Broadway Baby review from my first Edinburgh show (Unplanned Orphan) where the 18 year old English student didn’t get it at all and gave me a quote that I still use today, “Phil Ellis’s show was a series of errors”. Now my favourite worst two are from those idiots over at EdFringe Review. Same problem, they send idiots who have usually just turned 18, only like online content and can’t understand context or irony. However, the incompetent fools at EdFringe Review send two idiots into each show, so now you get two stupid people reviewing at the same time. They wear fleeces with the “publications” name on them, so if I see them in my show this year, I’m going to piss on their notebooks, which are almost certainly going to be electrical.

Of course, including everyone else’s that are 2 stars or under. It gives me peace.

I don’t really know. There are some excellent reviewers out there and sometimes I get a bad or average review and think about the show that they were in and can agree on some points. There are a few that seem to always come to my show with an agenda and the intention of not enjoying it so those people are quite sad. I believe that everyone is entitled to their own opinion, it’s just a shame that some people’s opinions are so wrong.

What’s this? Count Dankula? The one voiced by David Jason? Seems an odd direction for a loveable, vegetarian, vampire duck to take. I think it’s certainly setting a bad example for the kids. Didn’t even realise they’d brought that show back but they do seem to remaking a lot of the old kid’s classics these days like Danger Mouse and Tenko.

Yes, anything that makes me look like a dick. Self service checkout material can fuck off now. We get it. I don’t really care why you hate being married, get divorced if it’s that bad and let each other be happy. What’s that? Something upset you once? Get over it ya Prick! As long as you’re funny and not boring and deal with a subject in an intelligent or interesting manner (Much like my earlier “Prick” comment) I don’t really care what you choose to talk about.

I’m not a controversial comic by any stretch of the imagination but as I tend to do most of my sets without any prep I can make a poor judgement calls at times. A guy once heckled me during a new material night at the Frog and Bucket so I walked off stage, straight past him and ordered a bottle of Carlsberg from the bar. I paid for it, got my change, walked back the way I came, shook up the bottle and doused him in beer. Then I went back on stage and ticked my notepad saying, “happy with that new bit”. That was probably a little too far but I must say, my timing was perfect. Oh and I once killed a man.

Find Phil Ellis on the web - 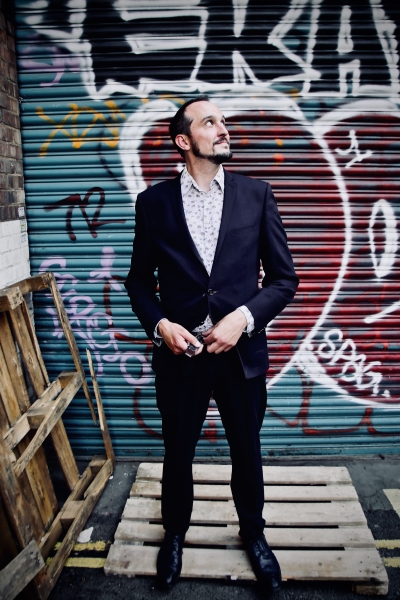 Find Phil Ellis on the web -

…the incompetent fools at EdFringe Review send two idiots into each show, so now you get two stupid people reviewing at the same time. They wear fleeces with the “publications” name on them, so if I see them in my show this year, I’m going to piss on their notebooks, which are almost certainly going to be electrical.