It’s an hour of my best stand-up with a story about something Elon Musk said weaved in. Joke topics include, public humiliation, friends with kids, spiders, my parents and shit gifts.

It was in front of 300 drunk people at an Irish Pub in Canberra. It was a competition, I thought all entrants were first timers, but only I was a first timer. I don’t remember a great deal of what happened due to the nerves. I do remember getting a good laugh off my last joke and I was hooked.

I like to eat a banana and make sure the mic is working.

Sure, I like to hear what people have to say good or bad.

I don’t mind reviewers, they contribute to ticket sales, I just hope in a positive way.

This line of questioning just changed dramatically. I think the fans he may have lost and the online hate he would have got as a result of the video would be punishment enough. So, I don’t think it should be a criminal offence. I’m most worried about the pug in this story, how’s it doing?

I think comedians should talk about whatever they want, but if they want to talk about touchy subjects then don’t get upset if it backfires.

Only at an ‘all you can eat’ buffet.

The 2017 Melbourne International Comedy Gala, I was as nervous as I was at my first gig. 2000 odd people in a beautiful theatre, televised, a change room, catering! It had all the things you want as a comedian, something I won’t forget any time soon.

Find Daniel Connell on the web - 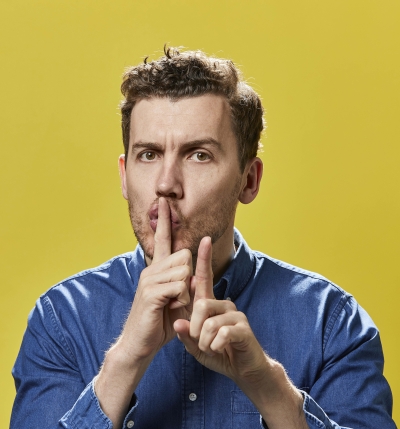 Find Daniel Connell on the web -

I don’t mind reviewers, they contribute to ticket sales, I just hope in a positive way.