I’ve been a fan of old movies since childhood. I grew up in a very small town, with nothing to do except watch the telly. My show tells how I learnt all about life from watching old movies day after day. Everyone else I knew was sneaking into the pub, under age, but I was glued to Cary Grant. It’s an homage to those movies and also a good-natured roast, because some of them are very silly. I still love them, though.

Would it surprise you if I said nobody laughed? At least it showed me how much I had to learn.

I listen to operetta. And write down key words from my set to imprint them on my brain.

An audience member once saw me in the toilet, pointed to me, and said to her friend ‘Now, she was very good.’ Well, I was chuffed. I’ve never hung round the loos long enough to hear the bad things they say, but I’ve had a few people not make eye contact in the queue.

Yes, of course. How will I know what quotes to staple onto my flyers, if I don’t? I love stapling.

They’ve got a job to do, same as the rest of us.

Whether laws were broken, I’m not qualified to say, but common decency and humanity were given a proper kicking.

So much of comedy is founded on the demeaning of someone, often ourselves. It’s an uncomfortable medium, but, yes, some things are totally unsuitable. The Holocaust is an obvious one, along with rape, putting down women generally, and racism.

Not on stage, I don’t think. But in real life, I have proper foot-in-mouth and am forever saying sorry.

I first flirted with comedy more than 20 years ago, then gave up and did a proper job. So, when I did my first gig two years ago, after a VERY long break, to a packed room at Angel Comedy and got the big laughs, it was such a boost to know I could still do it. More grey hair, but still rocking it.

Find Mel Byron on the web - 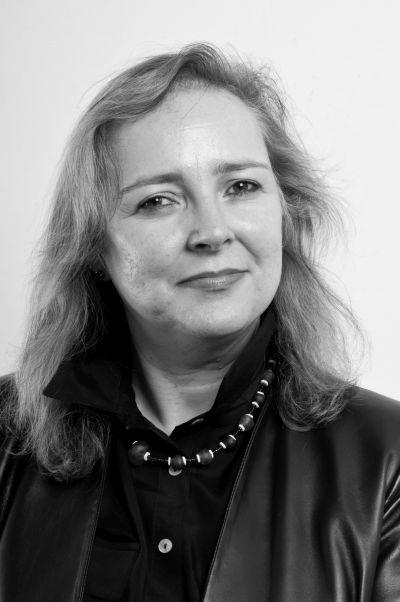 Find Mel Byron on the web -

An audience member once saw me in the toilet, pointed to me, and said to her friend ‘Now, she was very good.’ Well, I was chuffed.