A Piggy Interview WithGrant McLachlan (What Ever Happened to Baby Jane McDonald?)

The show tells the story of my 20yr obsession with Jane McDonald, from its early stages in 1998 when she appeared on ITV’s ‘The Cruise’ to 2018, when she surprised me at school (I am a primary teacher) for her CH5 show ‘Jane & Friends’ and we finally met. It is is set during a meeting of ‘Jane McDonald Anonymous’, a self-help group for fellow Jane McDonald obsessive superfans. The audience are the other group members!

What made you want to stand in front of complete strangers and make them laugh?

I have performed in 5 previous Fringe shows as part of the London Gay Mens Chorus in classics such as ‘Oklahomo’, ‘Hi-De-Homo’ and my own personal favourite, ‘Thoroughly Modern Willie.’ However, I had always wanted to perform a solo show, so I decided to go it alone this year. As I had a few months off work, I thought that this was the best time to apply and write the show. Unbelievably, Alex Petty from the Free Festival liked my application so here I am.

Which comedians inspire you?

Les Dawson, Dick Emery, Stanley Baxter and Joan Sims & the Carry On gang are all very funny as is anyone who appreciates that walking into a wall or falling over drunk is funny…very funny.

Describe you style of comedy.

Cosy camp storytelling…with an obsessive twist and a happy ending.

What do you aim to get out of Edinburgh this year?

To be able to spread the word of the gospel according to Jane McDonald. Plus, 50% of my door goes to Maggie’s Centres, so a healthy donation to fund this excellent and very worthwhile charity would be wonderful.

In less than 100 words, review your own show.

A fabulous, funny and rather poignant show which takes the form of a self-help group led by Grant McLachlan, leader of an elite group of Jane superfans called the ‘Cruisettes’ who leads the audience through the eight steps from admitting to celebrating their obsession with Jane McDonald.   If you fancy 45 minutes of love, affection and adoration for the Wakefield one then catch this quite brilliant show while you can. It’s only on for five nights in small venue so queue up early as you won’t be disappointed. Jane McDonald does not appear in the show… unfortunately.

Find Grant McLachlan on the web - 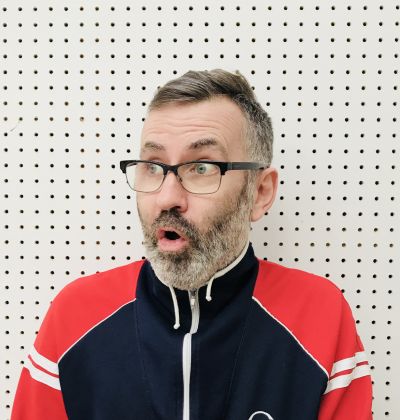 Find Grant McLachlan on the web -

It’s only on for five nights in small venue so queue up early as you won’t be disappointed. Jane McDonald does not appear in the show… unfortunately.