It’s a character comedy show in which I play historical figures with the same birthday as me (the 24th July). It’s got some stand-up, improv and puppets. It’s a bit about history, a bit about mental health but generally a very silly show.

My first comedy gig was with my uni improv group Blind Mirth in 2008 in a church hall supporting an acapella group. Rocknroll.

I go to the loo about five times. Any performer who says they don’t do that is lying.

My best review referred to me as “a real Renaissance woman” who was funny in every style. My worst review (for the same show) was 2 stars and said that my props looked handmade (they were) and a bit naff but that was probably the point (it was) and said you’ll only like it if you could bear to see a shakespearean character reduced to a block of cheese with googley eyes… Well lots of people are very fine with that! (It was Gloucester from my 10 minute rendition of King Lear). I think it also criticised my Italian accent for being comical. In a comedy show.

Yes, you kind of have to but I’ll try not to dwell.

They feel like a necessary evil for me at this stage. I can’t afford a promotor or PR so I have to sift reviews and use stars to sell my show. I think a lot of reviewers at Edinburgh are too young. I see a lot of good, original shows get bad reviews because it doesn’t match what they’ve been taught. I also think a lot of them don’t appreciate this is a FRINGE festival with 5 min get ins. It’s not the National. Every reviewer should have to try to put on a show themselves! It also seems like a lot of them want free tickets to big names that already get enough reviewers while lots of small shows struggle…

Ugh. I tried to ignore this to be honest. It was stupid, it wasn’t funny or clever. Actually, was he even trying to be ironic? I get that it’s about free speech but I’ve got too many battles to fight. I’d have preferred to see that attention given to the female comedians being sued or threatened for talking about their exes.

Not necessarily for comedy but certain comedians maybe. Yet another reason for more diversity. If you’re going to do something that might be offensive then it better be funny and know you have the audience’s trust – and be comfortable with the idea that some people might think it’s funny for the wrong reasons.

There have been some sketches I’ve written or been part of that I look back at and cringe about. I regret upsetting people because we maybe we weren’t mature enough to handle it right or get the trust first.

I do a character which is Napoleon giving life advice. I come on stage in a newspaper hat, stand still and ask the audience if they have anything troubling them in their lives and in a deadpan French accent give them very rational advice. One of the first times I did this was to a full, Saturday night house at Hoopla, the Miller. I got a couple of well, not quite heckles but, guys trying to be clever, and I sent them up. It was early on in me doing solo stuff and while I love performing with others it felt good to know I could not just hold my own but take control and get a whole room onside with a very silly idea. 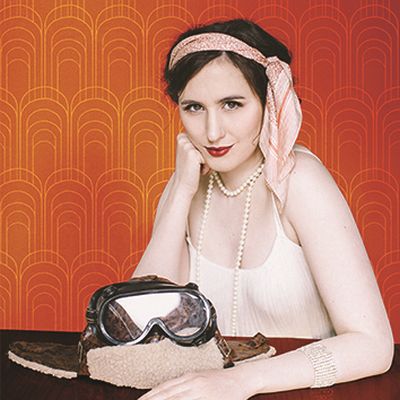 Every reviewer should have to try to put on a show themselves! It also seems like a lot of them want free tickets to big names that already get enough reviewers while lots of small shows struggle…