Jem Brookes: Schizophonic is a character and sketch show featuring a cacophony of different characters, voices and accents in very short snippets. There are some recurring characters, e.g. Stacey Doolally, the voice of BBC!!!, and the celebrity show I’m an Alcoholic, Get Me Out a Beer!

It was at the Purple Turtle in Islington in June 1996, a renowned rockers bar completely unsuited to comedy as the stage was by the front door, which kept opening and closing all night as people entered or left. The MC was a 6 foot transvestite called Richard, and I was meant to be going on second. He fucked up the order and announced me as the first act. I still had a beer in my hand. I raced up to the stage, failed to see the small step in front of the stage, tripped up on it, my beer went all over the MC, the glass flew through the air and smashed on the stage, and I was sprawled at the feet of said transvestite. It brought the house down with the biggest laugh of the night, but I have absolutely no recollection of what happened after that, apart from I was hooked on the adrenaline buzz of the whole thing.

No, it is a very dangerous thing to rely on silly superstitions because if that thing is not there once, it can really fuck with your mind.

I will if they are written.

Not many reviewers have much knowledge about comedy in general, as they are temporary placements to fill space in publications.

Yes, probably under general offensiveness laws, but that is a completely different argument from one’s right to say or publish anything under free speech criterion.

No. But difficult subjects have to be tackled the right way, especially if you can have a personal experience of said subject, but you still have to remember that it is supposed to be comedy; i.e. there needs to be laughs else what you are doing is not comedy. It is just that you don’t necessarily need laughs every sentence, so that tension can be built and waves of emotion can be built, up and down. Make someone laugh and cry in the same sentence and you have probably cracked it.

The one that is about to happen.

Find Jem Brookes on the web - 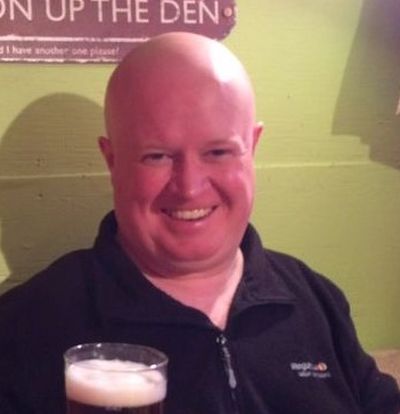 Find Jem Brookes on the web -

Not many reviewers have much knowledge about comedy in general, as they are temporary placements to fill space in publications.