I’ve not been up for a full run since 2014, during that time I’ve almost fallen out of love with stand up, developed some more, asked myself why I am doing it anymore and learnt a lot about myself, faults and all. I’m 38 now and the penny has dropped about the patterns in life. We judge others, we feel good about ourselves for not being like them, we are saints and they are sinners. Then we become like them and deny it to protect our pride until it becomes untenable to maintain the hypocrisy. Ultimately having lived at two extremes of judgment and indulgence, the only tenable path becomes apparent, a middle way.

My first gig was in April 2000 for Jeff Mirza at an Asian Comedy Night. I was super excited and barely had material, I just went out on stage and had fun. It went really well and Jeff invited me back the following month. Then I went to have a career in the games industry and didn’t do comedy again until the summer of 2003.

I always give thanks and remind myself that I am never above my craft.

Best review: When I was nominated in 2010, all the reviews were great, everyone finally understood my potential and genius.

Worst review: When someone wrote something about another comic who happens to be the same colour and yet wrote the review about me.

No. I’ve grown up now. I’m there to perform and develop. The worst thing that can happen to a comic in Edinburgh is that they will get better. Just do the shows and keep developing.

They are a natural part of the art world, gainfully employed thanks to the courageous contribution of the artists.

A moral offence is subjective, a criminal offence is objective because of a critical mass of subjective agreement around it at that particular time. Personally, I have no time for Nazis and if you think such phrases and behaviour are acceptable, perhaps go and visit The Jewish Museum in Camden or spend some time speaking to the older Jewish community about their lives growing up.

I’ve yet to see a comic slag off the venue or promoter of the club they are playing in with what they say backstage, onstage.

In other people’s opinions, yes.

Probably when I first started playing The Comedy Store. My dream as a teenager was to be a Comedy Store comic, the thrill of smashing that room is second to none.

Find Imran Yusuf on the web - 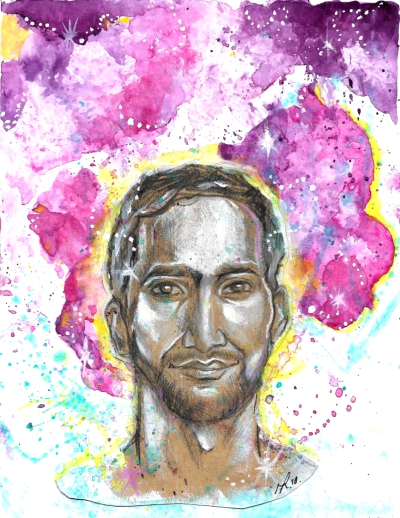 Find Imran Yusuf on the web -

Best review: When I was nominated in 2010, all the reviews were great, everyone finally understood my potential and genius.

Worst review: When someone wrote something about another comic who happens to be the same colour and yet wrote the review about me.