A Piggy Interview WithAshley Haden (We all Die C*nts)

This will be the final show of my Cunting Trilogy. I have spent the last three years trying to explain that we are not as nice as we think we are – as you can see by how the world is going. Not a lot of people are listening to me. So this is the final show where I will be holding nothing back. If people were awkward in the previous shows. They have seen nothing yet.

My first gig was nearly seven years ago 11th August 2011 at the London open mic, The Lion’s Den. If was a five-minute spot where I was doing some of the most vanilla awful material about self-checkouts and getting x-rays done. It did not go well.

I am not a fan of talking to people. I normally pace a bit. I very rarely stay still. I will have a couple of bevvies (Vodka and soda normally) and punch a wall a few times to get the anger flowing.

My best review was for last year’s show “We are still all C*nts” it was from Three Weeks and they said “Haden is like a drunk, tortured, prophet of truth” Which is a mental thing to be called. The worst was when I was in the NATYS final in 2015. It was from Bruce Whateverhissurnameis and it started “Arthur Smith said someone will probably die tonight. Ashley Haden came closest.” It was my first and only big final and it was a bugger of a review.

Yes I reckon, It will either get me into a good mood or a foul mood. What I do not want is a 3 star review – anything else I am fine with really.

They are fine, as long as they are actually reviewers. What you don’t want is some uni smackhead coming to review you because they really like Bill Hicks so think they know comedy.

He shouldn’t have been done for ‘gross offense’ He is a cunt. And we need to stop making excuses for the rise in hate. You will know why I think that if you come to the show.

I once went to zone 9 for a gig that I died on my hole at. In terms of comedy. No.

My first time at The Stand in Edinburgh or one of the gigs from last year’s show. These shows made me feel that there was a reason to do what I do.

Find Ashley Haden on the web - 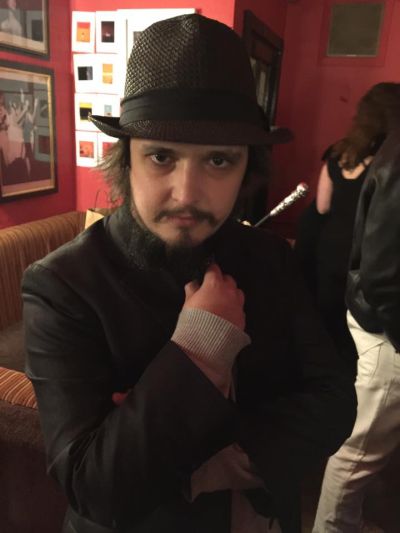 Find Ashley Haden on the web -

My best review was for last year’s show “We are still all C*nts” it was from Three Weeks and they said “Haden is like a drunk, tortured, prophet of truth” Which is a mental thing to be called.