Voldemort and the Teenage Hogwarts Musical Parody is a loving tribute to the world of Harry Potter and his greatest enemy’s origin story. It tells the story of Tom Riddle, and his journeys through adolescent love, friendly and unfriendly competition, and the struggle to understand and control his growing power.

My first paid comedy gig was performing short form improvisation in a wine bar in North Carolina. For some reason I ended up doing a Dolly Parton impersonation, which did much better than I thought it would.

Whenever I’m nervous, I tell myself, “Well, at the very least, this will be over in an hour.” Other than that, coming from improv comedy, the cast always tells each other “I got your back”.

I was in 50 Shades! The Musical which was clearly a parody. I played Christian Grey, a part I’m clearly not right for, but it was part of the comedy. The best review I got raved about how charismatic and compelling I was, especially given the intentional miscasting. The worst was one that simply railed on about how preposterous it was that I would ever be considered sexy or attractive, and it bordered on saying that an Asian man couldn’t ever play a leading handsome role… AND it was written by an Asian reviewer. So not only did he miss the joke, he also showed how much he hated himself!

Yes, unfortunately I’m unable to refrain from reading reviews. I mean, I can’t stop checking my Facebook page likes, what hope I have of resisting arts critics?

I’ve been treated well by them, and I love them, and I’m sure those two statements are not connected AT ALL.

I don’t know, but I think the US now if a monkey takes a photo with a camera, the monkey owns the copyright, so maybe the dog is the one that should be paying the fine. And not in dead birds and lizards like the last time you paid your fine, Pugsy!

No. But the corollary of that is that no comedians are entitled to laughter, in any subject.

In improv I have definitely overestimated a particular audience’s desire to explore the darkness of a topic like death, or Westlife.

The best gig I have ever had was when I was flown to the Seychelles to perform comedy, and I was given a beautiful hotel with an immaculate pool and wondrous beach, and I stayed there for three days before the show, and all expenses were paid, and then on the day of the show was informed that the gig was cancelled, and I didn’t have to perform at all.

Find Chris Grace on the web - 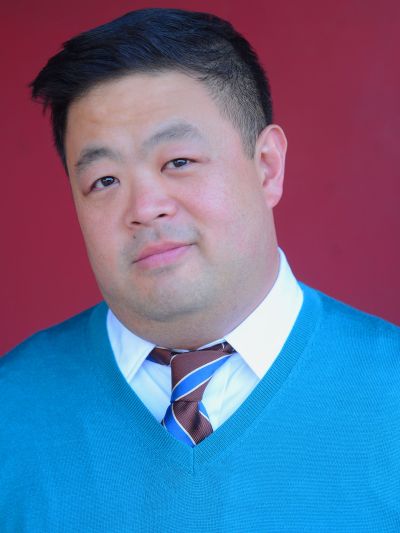 Find Chris Grace on the web -

I’m unable to refrain from reading reviews. I mean, I can’t stop checking my Facebook page likes, what hope I have of resisting arts critics?