Instant grAATIFication. See what I did there? Cause my name is Aatif? Clever innit?

It’s my 4th solo comedy show at the Fringe. It’s all about the entitlement of the 21st century. How so very quickly we’ve turned into impatient beings. Impatient for food. Impatient for work. Impatient for love. We all crave Instant Gratification.

It was bad. Really bad. All you need to know is that it was a long time ago and I’m way better now. But the psuedonym Alex Nudeman was involved…

I start with 100 push ups, followed by three sets of squat thrusts and deadlifts and a rigorous combination of leg raises and armbar curls.

Or just eat a crunchie and look at my set list. Whatever’s easier.

I’ve been lucky – I’ve had some very kind reviews. The best was probably for my AATIFicial Intelligence show which Edinburgh Festivals Magazine called ‘One of the best shows at the Fringe’. Which was nice.

The worst was one I had for a gig back in 2009. The reviewer called me the worst thing on the show. I was devastated. The paper that reviewed it went bust a few years back – which may well be a warning from up above to be nice to me in reviews.

I try not to. But can’t help it. Though I try and prioritise the reviews and thoughts of audiences as they leave my show. Those are the feelings that tell me more about my work. That’s the validation I’m after…

I don’t really feel anything strongly. They’re there to do a job. Just like me. I try not to get in the way. I have seen some extremely mean-spirited reviews which make me wonder if they reviewer in question is aware of the negative impact their words could have on the performer. But generally, it’s one person’s opinion… and everyone is entitled to their own.

Wow. I mean…that’s extreme. And someone should probably have a chat with him. Generally, I strongly feel there should be zero censorship in comedy. Comedy should always come from an honest place. And no one is obliged to sit through a show they don’t enjoy. People can leave. People can ignore. Use the phrase ‘it’s not for me’. Rather than kicking up a fuss about censorship. Just because it’s offensive to you, doesn’t mean it’s offensive to everyone else in the room.

I mean…I know what I’m comfortable talking about. What I find funny. But I would never impose my standards or morals on anyone. To each their own.

Yes! But nothing that keeps me up at night…I learned from every time I was on stage…

Probably Watford Palace Theatre in 2017. Paul Chowdhry, one of my mentors, was watching me perform in front of a massive crowd 1100 strong. When I got of stage…he told me ‘You Ripped It’…which I later learned was a compliment of the highest order. To get such high praise from someone who’s work you’ve admired for over a decade…well…it’s a special feeling.

Also…I took like 200 selfies with people after the show…not gonna lie…felt good.

Find Aatif Nawaz on the web - 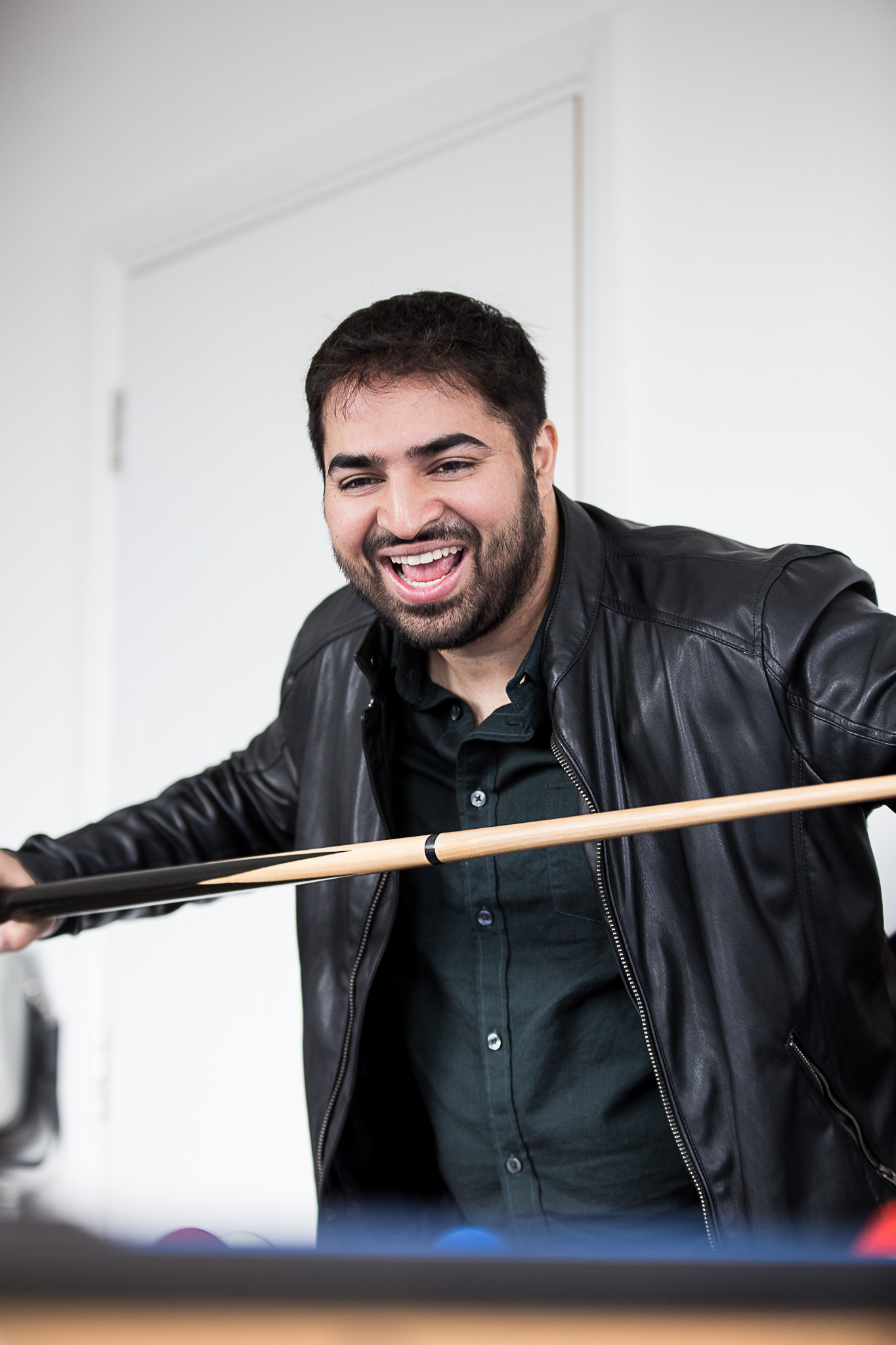 Find Aatif Nawaz on the web -

I have seen some extremely mean-spirited reviews which make me wonder if they reviewer in question is aware of the negative impact their words could have on the performer. But generally, it’s one person’s opinion… and everyone is entitled to their own.