I’m fairly sure there must be narrative accounts of the Rwandan genocide that are bubblier than Laura Ennor’s comedy reviews. I’m sure that some of the confessions extracted at Guantanamo read in a bouncier, more upbeat style.

I’m not doing her down on skills; she is clearly a capable journalist who knows her mind. In fact it’s telling that acts who are do-no-wrong favourites with most other reviewers score low with Ennor.

One of these, Craig Hill, “either is your bag or he isn’t,” she states. “If you’re laughing uproariously at the mere implication of the word bum (as a verb), then you’re in the former camp. If not, things aren’t going to get better.” I quite like the cut and thrust of Ennor’s writing. It is sharp and quite devastating at times. But taking the broader view, she makes clear that this is your ‘bag’ or not. And Ennor is a critic with form; she knew, before she went, that it wasn’t. So I’m wondering yet again why so many reviewers pick up bags that are not meant for them. As Hill’s review grinds on, it does stray somewhat into the “bitchiness” for which Hill himself is castigated.

To pick one word for Ennor, it would have to be ‘ungenerous’. Gary Delaney “will make you laugh when you don’t even want to”. And even then it’s a “groan”. Josie Long’s show is “scarcely as revolutionary as she makes out”. She even turns praise into a stick to beat her reviewee: “An unscripted exchange … gets some of the biggest laughs of the evening, suggesting [Stephen] Carlin’s forte is in more of a chatty, compere-style area of comedy”. Ennor, Fringe audiences often only laugh at the unscripted bits. That’s because, by week three, they’re utterly dead inside. You should know that.

The effect of all this is that, when you read something Ennor claims to have genuinely enjoyed, it doesn’t quite gel. Would Be Nice Though… is “simply a lot of fun, with tiny details to leave you grinning”. But by this point I just couldn’t imagine Ennor having something as simple and undeconstructed as ‘fun’, still less of her ‘grinning’. Unless it’s in the unnerving, manic way of someone who has seen too much.

2 and a half stars, Craig Hill, Gary Delaney, Josie Long, Packet Panda, The List, Would Be Nice Though
Previous Reviewer-ReviewBen of Advanced Years Geoff
Next Reviewer-ReviewMarissa Burgess 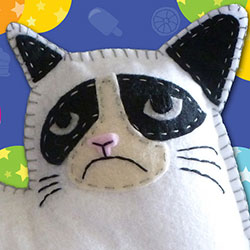