Marissa Burgess rarely allows herself more than 200 words, and even then never gets very close to the thing she’s examining.

This can lead to her doing that reviewer’s thing of just reeling off the set-list, as she does with Paul F Taylor: “…Greedy seagulls, cats who are like baked products and impressions of caterpillars in queues.” At other times she serves to block our view rather than be our eyes. “Taylor clearly knows what he’s doing. It’s a busy and slightly unhinged mind that comes up with these routines and yet he manages to wrap up proceedings surprisingly neatly.” It’s the equivalent of being told “I can’t tell you what your surprise is, but you’ll like it”.

On the whole this approach works well enough for the word-count. You may sometimes feel you’d like her to get to the nub of a show, or give us an example of what she’s talking about, but at least she never gives the game away. She tells us nothing about Kai Humphries’ Pamplona routine, for example, except “He’s in possession of a terrific denouement with that bull run story”.

Burgess is a generous reviewer; anything that can at least be smiled along to gets three stars (or are they blobs in The List?). Anything with any real spark gets a four. You’d need to be having a very off-day to get a two, although there are several reviews where she notices the tiny audience / terrible environment and swears it doesn’t bother her at all.

It’s possible that Burgess writes the way she does because she knows how reviews get crunched down to fit the printed magazine: specifics will just be cut out and a variety of takes on the same thing won’t melt down to a 50-word soundbite. Or maybe it’s just that she’s the most prolific of The List’s comedy reviewers and doesn’t have time for anything but these breezy, hit-and-run reviews. So in essence she’s a great writer of comedy puff pieces, but that’s kind of all they are, if mitigated by an upbeat prose style.

She needs to be more careful with her spelling, too. Perhaps the sub-editor has fallen out with her, because Burgess’s reviews seem to be the only ones on The List’s website with glaring typos. Putting down “Kernal Panic” while explaining the meaning behind the title of Adam Buxton’s Kernel Panic is particularly egregious.

Despite this, Burgess is one of the good ones. It would be wonderful if she could just get to the soul of what she’s looking at. 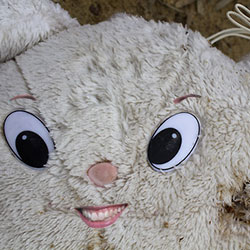