It’s a showcase show featuring up to four acts each day from around the local and worldwide circuit.

My first gig was in March 2010 in Edinburgh. I’d been at a comedy course for a few weeks beforehand and the organiser managed to get me onto a new material show she was hosting. IT all went pretty well. I made people laugh, as is a comedian’s want. The only hitch was my camera didn’t record the show, so there is no evidence of it going well.

Drink water and coffee, pee lots, stretch, breathe, hastily run over my notes a million times, panic, silence my self-critic and then just do it.

I’m still yet to have any reviews published by big name reviewers. I’ve had a few troll reviews from audience members. One in particular criticised me pointing out a man getting up and leaving in the middle of the show.

I try not to get too obsessed with reviews during the show. I’m mainly there to help other people get some stage time and to help better myself as a performer. Though I’d be lying if I got a good/bad review and wasn’t elated/disappointed.

Comedy is very subjective, reviewers have different tastes, every Fringe day is different so it’s best not to take what they say too much to heart. But, if you’re consistently getting bad reviews, it might be time to reconsider your life choices.

No. HE merely made a mockery of the Nazi movement and of the many cute dog videos. He didn’t hurt anyone or incite hatred against anyone.

Paedophilia jokes is always a risk never worth taking in comedy.

Not really but I did once have a joke about suicide in the middle of a set that went down like a lead balloon and then I tried bringing the room back with a cheery joke about school tuck shops, but the audience usually never recovered, so that joke was promptly dropped!

My last show of the Fringe 2013 was my best gig to date. I had a full house, the audience were amazing, the other acts on did fantastically and I got one of my most generous donation buckets ever.

Find Ray Fordyce on the web - 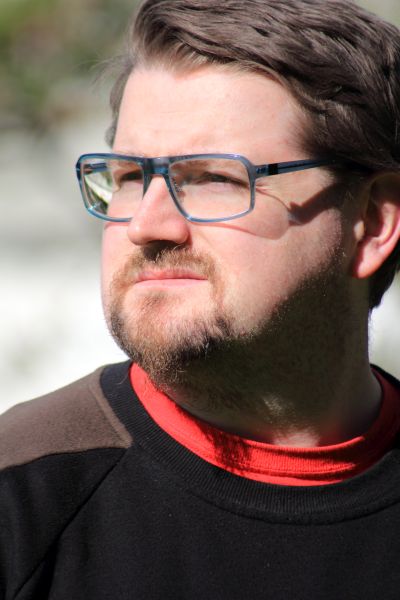 Find Ray Fordyce on the web -

Comedy is very subjective, reviewers have different tastes, every Fringe day is different so it’s best not to take what they say too much to heart.