To be honest, I’ve never much cared for the way The Telegraph denomes Mark Monahan “joint dance critic … and also writes about film and stand-up comedy”. It’s almost as bad as his colleague Dominic Cavendish, stand-up comedy critic AND deputy theatre luvvie. What do these disciplines have to do with each other? Nothing, that’s what. One of them is vitally important, the others not so. I want a “joint dance critic who also writes about film and stand up comedy” as much as I want an apprentice pastry chef who also looks after ferrets and the nuclear launch codes. No, The Telegraph. Just NO.

So, considering Monahan would rather be watching film or some dancing, along with whoever the fuck he’s jointed to, he does make a decent enough fist of reviewing comedy.  I did wonder, briefly, whether or not he understood stand-up last April when he said there was far too much faecal material in Russell Howard’s Wonderbox. I sort of wondered whether his complaint that a Russell Howard show was alright but had too much scat wasn’t a bit like me watching dance and saying, yeah, it was OK but there were too many over-funded dickheads prancing about like cocks.

And so to the Fringe, where Mark Monahan kicks off the Torygraph’s Fringe reportage in the none-too-shabby Assembly Theatre watching Frank Skinner’s Man In A Suit. He starts his review with the comic’s first joke, a practice I’ve always found both lazy and ungenerous. If you’re going to ruin one punchline, don’t pick the one the comic has to get the crowd onside with. Still, one supposes that the Venn-diagram overlap of Telegraph readers and Frank Skinner fans is a fairly small demographic.

It would be ungenerous of this bear, however, not to note the seemingly effortless grace that Monahan’s reviews sometimes achieve and his ability to insert small jokes without trying too hard to be funny. “Where one anal-sex joke late in the proceedings might have felt like a misfortune, two feels like carelessness,” he says, adapting Wilde (Perhaps he wants to be joint-joint-deputy theatre critic too). “Still, with so much entertaining material elsewhere, this bum note is forgivable.” It’s good writing, you have to give him that.

Neither do I doubt his accuracy in telling us about Frank Skinner: “For every joke that one would blush to repeat in a family publication, there is also a snooty quip celebrating his fame and fortune” – but that may just be that Monahan’s experience of the smutty Brumster entirely matches my own, even to the point of admitting “you simply, shamefacedly, have to laugh”.

So much as I want Monahan to do ONE JOB properly, one has to conclude that some people can write about lots of things, while others (the greater portion of Fringe reviewers I think) can’t write. About anything.

Mark MonahanWriting for THE TELEGRAPH (Reviewed in 2014) 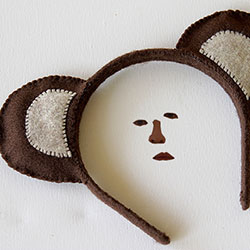