This year my show is very sexy, because it’s something that everyone seems to like, and because I’m an international sex icon. More specifically, it’s about what I’ve learned this year while acting as my parent’s couples therapist (unofficial, unpaid).

It was when I was a student at Leeds University. I’d only had about an hour’s sleep because I’d been out for a friend’s birthday the night before. I then had to get very drunk again because I was so nervous. I don’t remember much about the actual gig, but I think it went well because I went on to do it a few more times.

I usually just make sure I drink plenty of water, to make sure I’m hydrated. I once watched a TED talk about public speaking. They said body language before you go on stage is important, so it’s good to spread your body and make yourself big, like you’re scaring off a bear attack. So sometimes I do that before going on stage, but only if no one can see me.

After one performance of my last show, a couple in the audience tried to have sex in the toilets of Soho Theatre. I consider that the best review my comedy has ever received.

Once at a gig in Hereford an audience member farted so loudly that it completely derailed my set. That was probably my worst review, getting heckled by an anus.

I never plan to, but I invariably do. I’m like a moth to their judgemental flame.

In Edinburgh there are just so many people, you end up getting a real mix, of comedians as well as reviewers. You get some world class comedians/reviewers who are at the top of their game. Then you get some lunatics who just want to have a go but probably should have stayed at home. It’s an absolute circus.

I don’t really know the details of the case, so can’t really comment. From what I know I’d say it wasn’t a criminal offence. I think context is massively important, and although he said offensive things, they were in the context of a joke. Sure, they weren’t very funny, but I don’t think we should start punishing people for telling jokes that aren’t funny, otherwise I’m fucked.

I hope not. I’ve had some people complain about certain jokes in my set before, but other people have found the same jokes very funny. So who knows who’s correct? Probably no one.

I opened for Russel Howard at the Clapham Grand a few months ago, that was really good fun. It wasn’t a proper support gig, he was just trying out some new jokes, so I thought I would try out some new jokes too. The audience was one of the biggest I’ve played to and I did a lot of jokes that I’d only thought of that afternoon. It’s always exhilarating to try out new jokes and they go well, in front of that many people it was a lot of fun.

Find Jack Barry on the web - 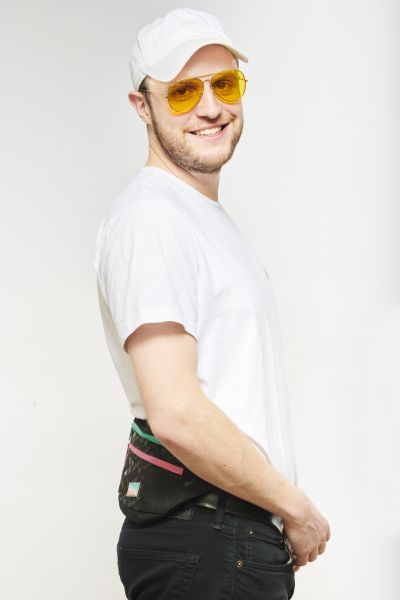 Find Jack Barry on the web -

After one performance of my last show, a couple in the audience tried to have sex in the toilets of Soho Theatre. I consider that the best review my comedy has ever received.