So few reviewers these days write reviews that are, consistently, just the right length. Peter Edwards is one of the select group that does.

If this is damning him with faint praise, I would add that he is also very capable. His reviews are concise, descriptive and… frank. Very, very frank.

He is very harsh indeed with anything that doesn’t quite measure up to his standards, branding things one-star with little apparent compunction. He begins his bleak appraisal of Paul Gannon with “Paul Gannon is a man possessed. Not in the head-spinning, Linda Blair of The Exorcist-style sense of possession, but in the way his show is devoted to one idea – ghosts”. You have to wonder if all this is necessary. Aren’t most comedy shows devoted to one idea? Isn’t it good to have focus? Edwards is just amusing himself with his Exorcist schtick.

On the other hand, Howard Read is given the same low score for, conversely, aiming his show at too many things: Edwards asks in exasperation “what was the point of it all?” What seemed particularly uncharitable, and kind of none of the reviewer’s business, was the statement: “It is a mystery as to why he won such a strong slot as 9.30pm at the Gilded Balloon”. It also shows a lack of research. Hmmm, could it be that Read has performed almost a decade of well-received animated shows at the Fringe? Does that solve the ‘mystery’?

Edwards takes a dim view, too, of anything that strikes him as un-PC. “Being locked out of his house and forced to wander the streets prompts comparisons with a homeless man, but he is on uncertain ground here,” he warns us about Graham Clark. “Hey-I-look-like-a-tramp-style-humour has already been overdone, and Britain’s attitude towards the homeless has also become more enlightened, and Clark fares better when dealing with the subject matter – admittedly hackneyed – of shared living and stag nights.” It must be difficult, playing to Edwards, walking his tightrope between the off-limits and the overdone.

Edwards is the only reviewer on this site to give out half-stars. And they’re always 3.5. Here at Fringepig we like to think that our half-pig ratings allow for greater reviewing accuracy, and prevent the unhelpful well-up of reviews in the three-point trough. With Edwards I suspect it’s simply that giving anyone a four causes him actual pain.

He can be gentle when he wants to be. Liam Williams, for example, “has a skill with words that carries him through some of the weaker moments”. And Alex Horne is “delightful”, which of course he is. The problem with Edwards is that his preconceptions seem fairly immovable, and you just wouldn’t want him anywhere near your show. But I can’t mark him down for being a comedian’s nemesis, especially when he writes well.

But it’s fair to say that his reviews attempt to set limits for what is permissible in comedy; something we must surely resist. Some of his jabs go beyond his brief as a reviewer, and you have to wonder what benefit such a gouging approach to stand-up adds to the reviewing canon.

Peter EdwardsWriting for LONDON IS FUNNY (Reviewed in 2014) 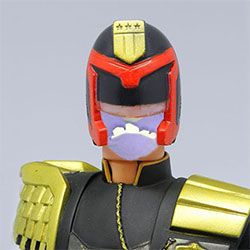