“You don’t have to be Irish to enjoy this show, but it certainly may help to jump on board and have a few drinks” says Susan Ford of Best of Irish, being not-at-all reductive. She goes on to explain “The star of tonight’s show is Patrick Monahan, but the line-up changes each night, so I’m sure there will be different highlights for each different audience.” Yes, Susan, that would seem to follow – but then who can count on logic with those drunken Irish, eh?

Apart from her occasional slips into the ditch of cliché, I rather like Susan Ford. She writes very well most of the time, and doesn’t try to over-explain things. She rarely gets all moral about them either. She just says whether or not she found somebody funny. A simple thing, but then so is a Greek salad, but can anyone in Edinburgh make one properly? Can they fuck.

Discussing Fraser Millward, Ford tells us “The show has a few meanings, and I really hope I’m on the same page as him here and haven’t read too much into it.” What is this madness? A reviewer admitting that she is not God? “By the end of his set I have fallen in love with his cat as much as I have [Damian] Clark himself.” Human. All too human. 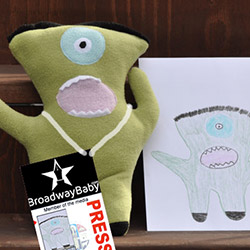