I don’t know how old Stephen Maughan is – I assume, by the fact that he is at Edinburgh University, that  he’s a teenager. But when you read his reviews you can’t help but do so in the accent of a befuddled old man in a blazer such as Viz comic’s Major Misunderstanding.

His rather supercilious tone perfectly complements a series of reviews in which he is not impressed by much at all. And when he is, he still uses the words ‘cringeworthy’ and ‘uninspiring’ an awful lot. He is certainly never in two minds: things are either “a pleasure to watch” or “not worth an hour of your time”, which is fair enough. But when he sees compilation or gang shows, Maughan doesn’t bother to learn anyone’s name, merely referring to them as “the next comedian” or “the preceding comedian”. This may be to spare their blushes, but one suspects he just wasn’t sufficiently interested.

One comic is even accused of delivering “uninteresting, convoluted material, that would only really appeal to aspiring comedians”. I’m sorry? This statement makes me so confused and angry that I want to convene a special court of enquiry to determine just what it is that Stephen Maughan expects from comedy. Until it reaches a conclusion, I would advise that you treat his reviews with due suspicion. 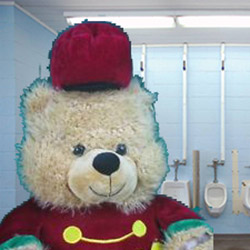