Sarah Richardson is a queen of damning her victims with the faintest praise possible. “Still, for a free show, you could do worse,” she signs off her review of Gareth Morinan. Of Ivor Dembina she says: “If old Jewish jokes are your thing, why go anywhere else?”

Of a comedy cabaret troupe she actually likes, she still punctures her praise just to make a weak joke: “Aside from the obligatory sawing-a-person-in-half, they’ll never be cutting edge – but for cabaret that will bring a smile to all ages, you’d struggle to find better”.

This sort of entry-level journalese blots what was otherwise a respectable set of comedy reviews from Richardson in 2013. Her assessments of what’s going on onstage are always clear and to the point; something that’s not as easy as it seems when trying to explain something like Dan and Dan (in which a comic talks to his pre-filmed likeness) in 120 words or less. Neither is she unclear of her feelings towards a show: her frequent three-star grades rarely reflect indecision but are given to things she quite likes but which have not quite made it over the sandbar of her stern impress-me attitude.

All of this makes for a capable reviewer: if Richardson could just stop saying things like “Flood almost overflows with entertainment” then her work would be that bit more credible. 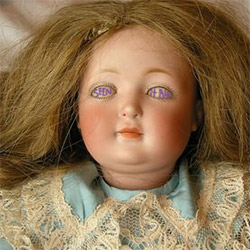