Sarah McIntosh goes by the Twitter handle ‘domesticharpie’, and her mugshot is of herself and her progeny. I was hoping, therefore, that this mummy-critic would provide a different angle on things to the usual Fringe teennybopper, and on the whole I think she achieves that – not least because she allows her children to add stars to things she might otherwise low-score: “both boys giggled at every single Dick-joke”, she says.

Yet there is plenty in her reviews that’s adult and measured, with some excellent turns of phrase: “ Richard Franks must have been to some sort of facial gymnasium; his face is an absolute treasure of perma-worried expression and elastic perfection”; “as he relates a deeply moving chapter of his life; his eyes are shiny with the memory”. It’s these insights that keep the review-reading public awake.

There is a lot more moderation and calm consideration than you’ll find in most Fringe reviews , and in her reports of Kindness by Sam Brady and Kevin Dewsbury’s 2012 show, which deals with his mental breakdown, she responds to the pain with a perspicacious humanism frankly missing from the psyches of 90 per cent of comedy reviewers. Perhaps more critics should have children; it seems to do wonders for the powers of empathy.

One small gripe: If McIntosh is going to consult her “juniour” reviewers over and over again, she needs to watch her typos. Goodness knows Broadway Baby isn’t going to fix them for her. 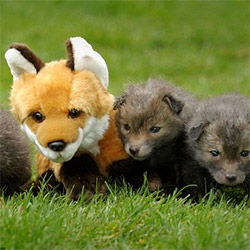