I’m returning to Edinburgh with my semi-improvised solo comedy “Show Up” which puts a twisted spin on the traditional solo show by making it about the good, bad, and ugly experiences of the audience. I ask the crowd for things from their disastrous jobs and love life stories to life-changing moments, childhood traumas, and addictions. Then I create a solo show on the spot, incorporating all of their suggestions while they control the set, prop, and sound design. I also delve into my own mental health challenges. Oh, and there’s a party.

My very first gig was in Catholic school and I’ve erased all memories of those seven abusive years from my nun-battered mind. My first “real gig” in NYC was as a cast member of STOMP where I banged on bins and things for over five years. I still can’t hear very well, but that gig allowed me see the world and pay off my student loans.

I tend to use the loo before every show. Not so much a choice, but it does seem pretty consistent. TMI?

My worst reviews were for my West End musical flop “Desperately Seeking Susan.” Across the boards. All bad. I turned that experience into a solo comedy called “Desperately Seeking the Exit” which played EdFringe twice. That show got all raves – except from The Scotsman, who hated the show. I’m over it. I swear. Really. I’m fine. My best review was from a 12-year old kid who saw “Show Up” and said “If that guy with social anxiety can do a show, I can do anything.” Sadly, he wasn’t an actual reviewer, but it was truly the best review.

Of course I plan to read my reviews. Or have them read to me. I mean, if the good ones mean something, then the bad ones do, too. And I plan to read other shows’ reviews as well.

I see them as human beings doing their job, and I admire them for seeing so many shows and churning out dozens of reviews a day while sustaining themselves solely on flavoured crisps.

I don’t know much about laws, but he just seems like a bored wanker, so the fine is justified. Bored wankers don’t get fined often enough. Especially those who train their girlfriends’ pets.

I don’t think any subject is off-limits if the comedian understands how comedy works…and it doesn’t offend me.

I wish I had! I once created a public event in Edinburgh where performers threw rotten tomatoes at giant photos of all of the reviewers…and none of them seemed to care. What a waste of rotten food. Is it too late to start going too far? Because, I think I’m ready to get into some trouble.

The best gig of my career? What is this “career” you speak of? 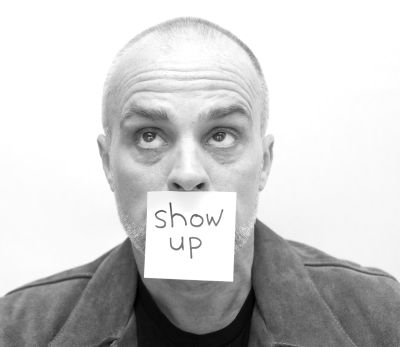 My worst reviews were for my West End musical flop “Desperately Seeking Susan.” Across the boards. All bad. I turned that experience into a solo comedy called “Desperately Seeking the Exit” which played EdFringe twice. That show got all raves – except from The Scotsman, who hated the show. I’m over it. I swear. Really. I’m fine.