Sam Waddicor needs to clean up his grammar and his spelling if he’s going to write for Broadway Baby – goodness knows they’re not going to do it for him. Some passages of his reviews just leave you scratching your head. “His most successful moments were probably his impressions of various tapes” he says of Lloyd Griffiths in the Big Value Comedy Show. Did he mean “types”? Or was Lloyd Griffiths really doing impressions of different types of tape? You can never tell with the Fringe. I am, at least, intrigued.

Of Henry Paker he writes “Particular reverence goes to his imitations of his cat which had an uncanny truth to it.” What did? The cat? Why, in these godless times, is a cat impression worthy of ‘reverence’? He doesn’t help himself with such trying-to-be-clever language that’s really just clunky and doesn’t get to the point: “Fused with this is an emotive, almost emphatic delivery style which gives a depth to the humour,” he says of Paker, while saying precisely nothing at all. Kate Lucas, meanwhile, “utilises” songs – because she couldn’t just use them, could she? “It was not by any stretch of the imagination full of laughs” he says, drily, of one routine . But you just have to chuckle to yourself when you read will-this-do? statements like “This is far from the worst comedy show that I have seen and if you love how Norwegians speak then this may well be the show for you”.

I won’t bore you to death with more such examples and I don’t want to run Waddicor into the ground either: he is a very young man trying to write like an adult and making a bit of a hash of it. If his sixth-form English teacher would come and slap him round the face, Waddicor might be fit to give it another go. At the moment, though, he has much to learn. 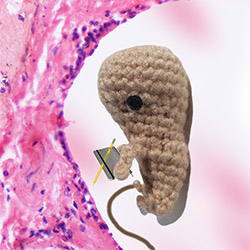