Tom Bateman’s reviews have a measured, precise quality pitched somewhere between politician and cricket commentator. But if his praise is always qualified his criticisms are even more so.

He muses over one show he did not “fully connect with”, saying that it “may be that the show lacks ambition”. He isn’t sure. He’s wondering. Some people (including our dear editor) hate such flannelling, particularly the implied idea that the reviewer – the bloody REVIEWER of all people – should be indulged on his little journey of discovery as he wonders whether or not he liked something, and the reasons behind it. Our editor would shout “Just bloody tell us what happened and have some balls!” But I rather like the uncertainty that hangs over Bateman’s work. It shows humility, and an awareness of fallibility. How many reviewers have such a thing? Too bloody few!

But the best thing about Bateman is that he is considerate of comedians in the ways that comedians most want reviewers to *be* considerate. “Funny Bone China is at its heart a very funny show, easily deserving of an audience larger than the four people I watched it with” he reports. You mean … you saw PAST the lack of audience? “Although some of the more controversial material doesn’t translate into laughs, it doesn’t matter, because when the show isn’t being funny, it’s because it’s just being interesting instead,” he says of Everything That Happened in the 20th Century. You mean… you don’t mind not having continual laughgasms? Bateman is like every comic’s considerate boyfriend.

He does do a few too many stock sign-offs such as “I’m sure we’ll see a lot more of him” and “she has a lot of potential” and “they should keep it up”, but this is forgivable when he says things like “Permit me, if you will, to gush a little” before something he particularly likes. Even then he steers clear of hyperbole in favour of concise description. In short, he’s a better class of critic. 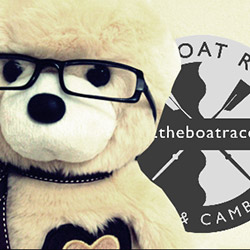