‘The 37th Question’ is a comic storytelling show about a couple in their early 30s who met doing ‘The 36 Questions’, a psychological experiment designed to make strangers become intimate. It’s about choices, jealousy, miscommunication. It’s also slightly interactive as the audience can choose which way the narrative goes at certain points, including the ending.

A pub in Kingston. I was 17, so I was initially denied entry to the venue, but once inside I performed so well that my expectations for comedy were disastrously raised. All downhill from there, to be honest.

I repeat the tongue twister “she stood up on the balcony inexplicably mimicking him hiccupping and amicably welcoming him in”. I also stare at a print-out of my Student Loan debt for motivation.

My Dad reads my reviews for me and then rings me. Sometimes mid-show.

Initially, I thought yes but I have since Googled this and procrastinated for an hour reading about it (thanks, Fringepig) and I’ve changed my mind. Funny? No. Tasteless? Yes. Criminal? Probably not. Anyway, I’m not one to judge what’s criminal. I stole a bottle of water from Pret a Manger yesterday because “bottled water is bad for the environment so morally I’m in the right”.

So strangely enough this is literally one of the 36 questions that feature heavily in my show: “Question 32: What, if anything, is too serious to be joked about?”. I would say all subjects are fair game, depending on the context and, ultimately, the target of the joke. Unfortunately, this is also what a tasteless Nazi dog-baiting dickhead would say.

Yes. I stole a bottle of water from Pret a Manger. This is my confession. Arrest me, global sandwich corporation.

They say you should always gig wherever you can, even if it’s not a ‘normal’ gig; if there’s any gathering of people, that’s your audience. So there was this great time recently in Pret a Manger when I decided I’d do a really great ‘bit’ where I took this bottle of water and – comedy is all about subverting expectations, you see, so I think they were expecting some kind of monetary exchange for the water, but what I did instead, to surprise them, was perform a very funny tight five minutes to the people in the queue.

Find Rory O’Keeffe on the web - 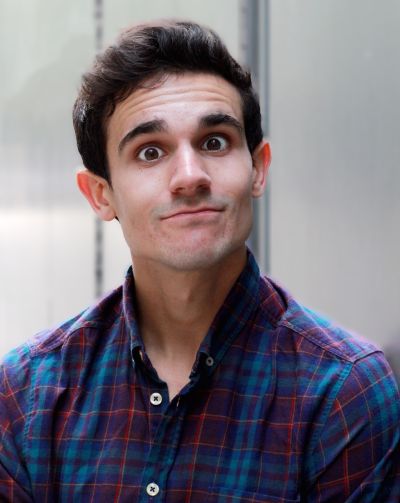 Find Rory O’Keeffe on the web -

My Dad reads my reviews for me and then rings me. Sometimes mid-show.