No, I flat out refuse. Oh ok. It’s my debut Edinburgh hour and it’s about the one thing that separates me from all those other comedians going up to the Fringe: I’m a professional gambler. So you’re getting an hour about how I make most of my living from trying to predict which horse is faster than the others and all the life lessons I’ve picked up along the way. And a song about bookies pens.

It was at the no defunct but fondly remembered Mr Bens Comedy Club in Leeds. Monday night, Gong Show. Dying on my arse, two cards go up, I instinctively spend the next 90 seconds taking the piss out of the couple who card me. This goes really well. I mistakenly think this must means I’m alright at comedy. Six years later, here we are.

I take the teeth of my enemies, which I keep on a piece of copper wire around my ankle, and I whisper to them quietly, reminding them of how I have grown ever stronger over the course of several centuries and that they did not die in vain for their loss of life will enable me to make a room of paying punters forget their worries for an evening. That, and dance on the spot a little bit

The best was a review from The Skinny which lauded my Fringe debut (co hosting the late night spoof chat show, The Not So Late Show with Ross & Josh, as one of the most creative, inventive things they had seen at the Festival all year …. and then giving us three stars. The worst was the 18 year old Gap Year Student who also reviewed the show and didn’t understand a thing of what was going on.

Sure. Those that don’t are doomed to never understand exactly how their carefully crafted jokes affect journalists who have grown weary of the near constant sensory onslaught that is the Edinburgh Fringe. Sometimes you can’t see the wood for the flyers

Fine. They serve a purpose, and it is a very human response to want to take art and condense it into words, extract a meaning and share your thoughts. Though whether you can truly encapsulate the experience of an hour long comedy show in 100 words is a debate

I honestly have no idea. As the adage goes, free speech doesn’t mean freedom from consequences. Whether pursuit through the court was quite the correct way to deal with such a moron is another thing entirely, but I don’t know enough about the law to say whether he committed a criminal offence or not.

Yes and I had to turn back almost immediately. In comedic circumstances, I have made a couple of off the cuff comments in the heat of the moment that were taken badly, as anyone with an overactive brain and a microphone would have done, but I feel, as a straight, white man telling jokes with no apparent boundaries around what I can and can’t do in life, pushing them doesn’t necessarily seem like my job

When I won Hot Water Comedy Club Comedian of the Year in 2014, every single joke seemed to land, which might be the only time that’s ever happened.

Find Ross Brierley on the web - 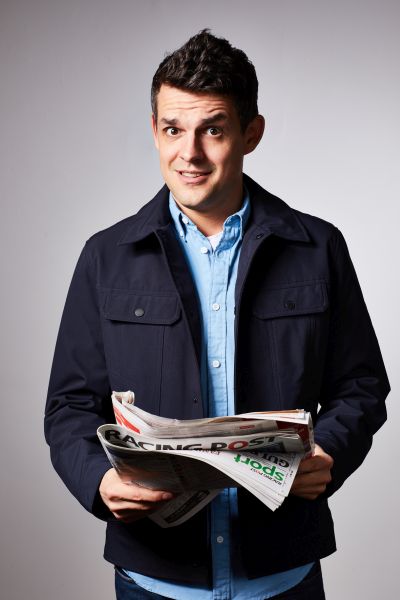 Find Ross Brierley on the web -

The best was a review from The Skinny which lauded my Fringe debut (co hosting the late night spoof chat show, The Not So Late Show with Ross & Josh, as one of the most creative, inventive things they had seen at the Festival all year …. and then giving us three stars.