The fact is that Bennett is none of these things, really. Chortle has been running a long time now, and in his desire to get some content back in the noughties he wrote some fairly blunt one-paragraph reviews of open mikers who then had to contend with a blotted copybook for three or four years. These days, though, he’s up to speed and has seen more than enough comedy to temper his first impressions.

In fact, Bennett’s judgments are so considered that he’s pretty much the Umberto Eco of comedy; the Proust of circuit-punditry. Just consider this marathon of chin-stroking from the 2013 Fringe:

“…All weighty stuff, but it’s turns out a bit academic, only occasionally punctuated with a joke, a wry smile and a thin, nervous laugh. The gags can be expertly put, but they struggle under the weight of surrounding opinion and downbeat approach. He’s not depressed about the world, but neither is he particularly cheery about it. Ironically enough, he’s happy with his unhappiness. But that’s a hard position to pull off, and too often his delivery has an indifferent, insouciant flavour that can, unfortunately, add to the feeling this is a dry lecture. He doesn’t muster enthusiasm for much, and that includes performance…”

Would you rather read this, or “not funny” in Fest? Most acts don’t care if the result is the same two-star rating. But this is a shame. Of all the reviewers, Bennett has most to say that is actually valuable to the act he is reviewing: his critiques are a bit like the record reviews in Rolling Stone: as concerned with meaning and originality as they are with the immediate spasm of laughter.

He can sometimes be a rotter, of course: this year he penalised Paul Gannon Ain’t Afraid of No Ghost because he’d manage to guess the ending. He’s not afraid to splash the acid either: of Birthday Girls 2053 he told us: “This is set in a dystopian future where comedy has been outlawed. But based on the weakness of most of this offering, they would be guilty of a minor misdemeanour at best.”

Bennett will always be a divisive character. If there’s one criticism that almost everyone makes, it’s that he takes it all too seriously. The dark mood he gets into whenever he sees something childish, or derivative, or unrehearsed, or cancelled – sometimes you want to say to him “Steve, they’re just kids fucking about on a stage. It’s valid. No crime has happened here, so take your pen out of the wasp venom.”

But then, in a comedy world policed by some profoundly unsuitable people, Bennett is as trustworthy an opinion as you’re likely to find.

Steve BennettWriting for Chortle (Reviewed in 2014) 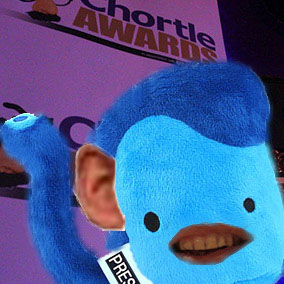