A Piggy Interview WithDouglas Walker (Of Christmas Past)

The show is an exposé of the true story of Santa Claus. It spans 100 years of history and nearly as many characters, all played by me, which is pretty tricky but I pull it off. It’s really good.

My first gig was on Hogmanay. I was 3 and I recited the following poem, “I eat my peas with honey, I’ve done it all my life. It makes the peas taste funny but it keeps them on the knife.” It took the roof off.

I like to try and not think about performing too much before I go on, so I tend to busy myself with technical things. I studied technical theatre at college, so I like to have a look at the lights and the sound. Small manageable things to worry about until it’s time to start.

These might be the same review. When I did my first solo sketch show, Möglich, I got an audience review on the EdFringe website from a philosophy student. Overall he had enjoyed the show but there were a few sections that had really offended his philosophical sensibilities. He wrote a full essay, dissecting parts of the show in excruciating detail. I think he used some symbolic logic. I studied philosophy at university and I found it fascinating reading. The most gratifying thing was that someone had gone away and thought about the show that hard. I suspect the logical inconsistencies he uncovered put a lot of people off the show though.

Yes. I’m always amazed by people who say they don’t. More power to them, but if I’ve worked this hard on something, and put it out there into the public, I can’t imagine not being fascinated by what someone, anyone, had to say about it. Depending on who it is I might not necessarily care, but I would definitely be interested.

I think the world needs reviews, because otherwise trying to see something good would just be trial and error, and I think we as a species are better than that. I also couldn’t write a good review, so I have respect for those who do it well. It is masterful, for example, the way Steve Bennett can write a very positive, constructive review without leaving an unwitting pull quote if he doesn’t want you to have one. Lesser reviewers chuck around superlatives that can be gleefully taken out of context, but Bennett is meticulous. The one thing I hate is when reviewers just describe the plot, or worse, the punch lines of your show, and you’ve essentially just got a spoiler heavy blurb.

Ah, I think you’re confusing me with Douglas Walker, one of the directors at Nelsons Solicitors and Notaries in Falkirk. They’re a great firm and handle a lot of criminal law cases. You can find them here: http://www.nelsonsfalkirk.co.uk/criminal-law/
I’m Douglas Walker the comedian, and couldn’t tell you if that constituted a crime. Indeed any comedian who thinks they can is making it up. Unless they’re also a lawyer. Clive Anderson might know. If you’re asking whether it SHOULD be a crime, well that’s a very different question…

I don’t think so. I think part of the great value of comedy is in helping us deal with the most difficult parts of life. I would say that there are inappropriate times and places for comedy, so when people say that something shouldn’t be joked about I sometimes agree, but I think it really means it shouldn’t be joked about in this time and place and in this way. And comedians don’t get a free pass to say what they want just because it’s a joke. We’re just as obliged to be considerate and thoughtful about our actions as anyone else.

I once ate a clump of Adam Riches’ chest hair

That’s tough, because there have been some belters. But I’m not sure anything has really come close to New Year’s Eve 1988. People loved that poem.

Find Douglas Walker on the web - 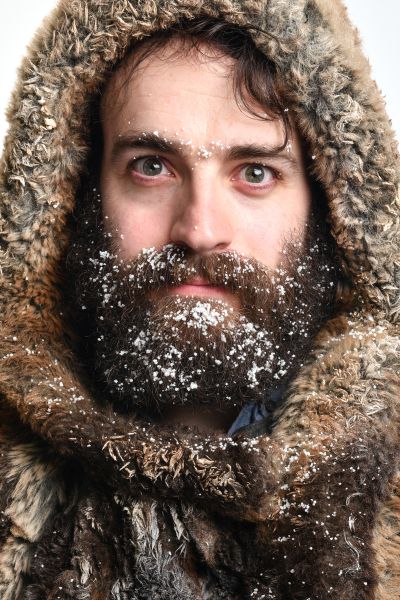 Find Douglas Walker on the web -

It is masterful, for example, the way Steve Bennett can write a very positive, constructive review without leaving an unwitting pull quote if he doesn’t want you to have one. Lesser reviewers chuck around superlatives that can be gleefully taken out of context, but Bennett is meticulous.