It’s called ‘The Glory Year’ – a happy show specifically written to make people feel good about themselves and the world. This is a risk and means that I will not be troubling any awards panels. For my tastes, there are too many shouty comedians hell-bent on making points these days. I go on stage seeking laughs, not chin strokes.

1992, The Comedy Café, London. I’d written a monologue about losing my manhood which only ever got performed once! On stage and dying, I recall a woman whispering to her boyfriend (so imagine, how quiet the gig must have been for me to be able to hear her?), ‘…this bloke won’t last very long.’ And even though I was on-stage and being terrible, I knew that I could do this comedy thing and that I would stick around.

Comedians often say that punters are the only reviews worth having and that professional reviews mean nothing which is probably untrue. But too often, reviewers do have an agenda and this can cloud objectivity.

My greatest ever review was simply this – “I really enjoy your stand-up comedy material.” Not much of a quote for a poster until I explain who said this to me. Ronnie Barker, no less, one of the funniest comedians of all time. He was a fan of my BBC R4 series. I was awe-struck and still am.

All poor reviews hurt but one that irks me still… “…nobody called Dominic can be funny”. A perfect example of that agenda I was mentioning above.

Actually, I don’t read them but as stars start to adorn posters – reviews are difficult to avoid and performers know where their run is heading. It’s in the ether.

A necessary part of any artistic output albeit I don’t think reviews are always objective. Every year, there are shows with few laughs and 5 star notices – it’s just a thing but largely, audiences are not fooled and they will find the comics who can make them laugh.

I am sure that the £800 fine was dwarfed by the value of PR that it garnered for him. In the main, I have little time for the victim culture and political correctness. That said, I have read a great deal on the holocaust and I am very sensitive to anyone making capital from it.

Not really, although if I was pushed for a subject, I would plump for left wing sanctimony and idealism and particularly so, when spouted by highly privileged and privately educated ‘comedians’.

I went to Falmouth once for a gig in a massive tent with only 20 people. I can remember it being a very long way and definitely too far for what I got back.

The first time I did an hour at the Edinburgh Festival. It was 1993, playing the Attic in front of 17 people. William Cook from The Guardian was there and was very kind. “…one of Edinburgh’s greatest pleasures is chancing upon an undiscovered star.” The run completely sold out but it’s now 2018 and I am still working on becoming a star!

Find Dominic Holland on the web - 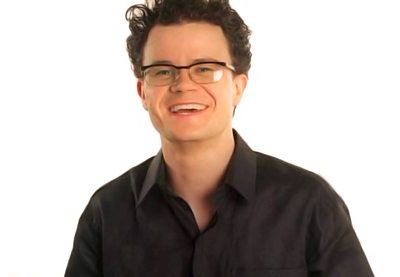 Find Dominic Holland on the web -

My greatest ever review was simply this – “I really enjoy your stand-up comedy material.” Not much of a quote for a poster until I explain who said this to me. Ronnie Barker, no less, one of the funniest comedians of all time. He was a fan of my BBC R4 series. I was awe-struck and still am.