Sophie Nicoll is as solid a reviewer as you are likely to find in Three Weeks. In a short span of words she tells you how shows started, how they proceeded and how they ended – in that order. Then she’ll judge it, and her judging is quite humane.

If there’s one small fault with this workmanlike process it’s that she rarely gets up close to what she’s watching, giving us a taster of what to expect, or even a quote. Although, with the number of complaints from comics about Three Weeks / Broadway Baby writers giving their punchlines away this is probably just as well.

She can appear to expect a little too much: she reports that Catriona Knox’s show was “producing giggles but never full-on, side-splitting howls”. This was at 3.15 in the afternoon. In fact, Nicoll seems to keep a close eye on the laugh-per-minute ratio of everything she sees. But then, that’s a perfectly valid way of doing her job. 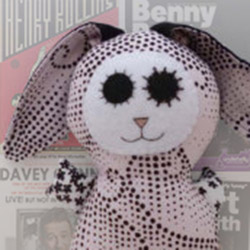