I’m sure the non-ironic and shameless use of the phrase “cheeky chappy” to describe Rhys Nicholson is annoying only to me, as is the conclusion “he’s gone from filth to fabric – how fabulous.” And I’m sure I’m the only reader who never had an uncle who went to Australia and then came back again, which is why I don’t immediately connect to Gough’s reference to “THAT uncle” when she’s lambasting Dan Willis for being just like THAT uncle. Also I shuddered a bit when she wrote of James Acaster “If you’ve nabbed tickets, lucky you”. But, like I said, that’s probably just me.

On the whole, Gough’s reviews are quite fluid. If there is a review, anywhere, that adequately explains a James Acaster show to an ingénue then I haven’t seen one, and Gough’s attempt certainly isn’t it: “A stand-out moment is when Acaster narrates a fable he wishes to impart upon Lucas – the well-known fable of the goose and the sloth. The full extent of the comedian’s hilariously erratic brain comes to the fore and I salute you if you manage to get through it without crying.” I wasn’t sure if she meant crying with sadness or crying with laughter, but no matter: it’s a nice little taster. I also quite liked the description of Andrew Ryan: “This is a man with word diarrhoea. His constant babble is hilarious.”

Pretty much everyone Gough looks at is described as ‘self-deprecating’. This really is a hacky and meaningless term that I wish would die a dozen deaths (fuck it, it’s catching). Is there a single comedian whose schtick isn’t built on saying “ooh get me I’m a bit rubbish?”

Well, there’s Dan Willis. And although Gough beats Dan Willis to death, she does explain her unhappiness in some detail so it’s not an entirely senseless mugging. What’s much harder to excuse is the way she looks up at us halfway through the beating, sort of like how someone who has said something appalling might look at you for validation. “The Aussies’ approach to serving vinegar is mildly amusing for instance, as is the moment when he recalls being attacked. By his audience, you ask? Well, mostly magpies, but yes, also by an audience member…”

We’re not with you on this, Gough. You killed Mr Willis ALL BY YOURSELF. 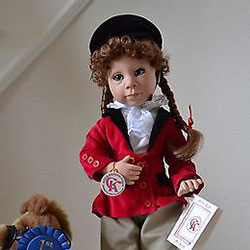