I’m going to ignore the fact that Peter Dorman uses phrases such as “strap yourselves in” and “not one for the easily offended” and even – EVEN! – “a must see”… because, for the greater part, Peter Dorman is a capable reviewer.

His reviews get to the point and express his opinion in plain English without resorting to flannel, although he does have a bad habit of referring to anything with an improvised or participative element as ‘organic’ – which says very little except how meaningless the word ‘organic’ is. By and large, though, he dispenses judgment with a wry touch and just enough human kindness. Reviewing Jem Brookes’ Puntitled, for example, he states:  “Puntitled is the stand-up equivalent of a whoopee cushion; not the most highbrow of entertainment, but nevertheless still capable of gaining the inevitable giggle”.  He adds that it “is exactly what it says on the tin” and so is Dorman: he reviews things, but on their own merits and by the aims they themselves set out to achieve.

Tellingly, his opinion of 2013’s bigger shows doesn’t vary too much from the consensus of his peers, although he does manage to say something new about each of them. On the whole, he’s (God forgive me) the sort of ‘dorman’ you want on the gates of comedy reportage. Fuck me, I should be on stage. 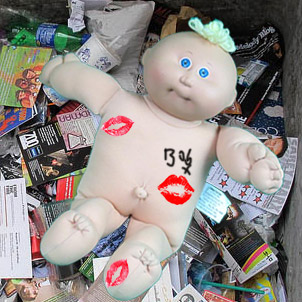