Nanna Gunnars doesn’t want to be misunderstood. Perish the thought. Her reviews have  a fussy preciousness to them that’s as clumsy as it is amusing.

Her description of Lost Voice Guy was both informative and reasonable, for example, concluding “His banter with the audience is one of the best I have witnessed, not just on the Fringe” but then feels the need to add “…and not just for handicapped comics”. Similarly, she tells us that Seymour Mace’s show is like seeing the inside of Beetlejuice’s head,  “except Mace is not a crazy, dead zombie character”. Oh right. Thanks for clearing that up. One show she awards two stars to, she tells us, “is close to the three star rating”. Again, Gunnars, thank you. I’m sure the comic in question will dry his tears on that consolation.

For the most part, Gunnars says what she sees with the pedantic monotony of a TV audio description service: this happened and then this happened and then this. This bit was okay, this bit worked; I didn’t get the ending. Such a writing style becomes particularly pointless when describing something like the Amused Moose Comedy Awards Gangshow. “First up was the game-loving Stella Graham, who had some amusing facial and physical expressions. Next up, the very tall Pierre Novellie who told some great South African jokes. Then there was Sindhu V, who…” Who the hell cares, Gunnars? It’s a show with alternating comedians. Just tell us whether they were, in your esteemed opinion, well chosen by the organiser.

Gunnars reveals that a Tim FitzHigham show changed her life once, so clearly she is open to the transformative influence of comedy. If she could just stand back a bit from what she’s looking at, she might one day give us the bigger picture. 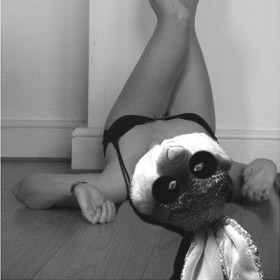