I’m not going to say anything bad about Paul F Cockburn because the photo of him makes him look like he’d gladly kick the stuffing out of my head and feed it to his staffie. But we shouldn’t judge by first impressions, should we?

For instance, when I start reading a review in Broadway Baby, my subconscious immediately tells me “This will be utter crap written by a gawking juvenile who was either bullied too much or not enough”… But wait! Paul F Cockburn is really rather good.

He reviews consistently, explains things simply and criticises softly. This is the holy trinity of reviewing. For instance, when he says that one set of jokes about a comedian’s father in law were “hardly worth the effort given it’s really little more than pointing at him and going: ‘Isn’t that a little bit odd?’ ” I nod my head sagely and think “Yes, dammit,most of MY jokes are like that.” Cockburn is a reviewer who never gets too clever for his boots, apart from a bit where he talks about comedians who are “worth their sodium chloride”. (That’s salt. Yes, well I failed chemistry, sorry.)

Add to this some nice turns of phrase, such as jokes that “stand like islands amid the still waters of turns about ginger hair”, and you have reviews that I’d be prepared to trust. More importantly, in a few short sentences I actually understood the gist, the action and the atmosphere of what Cockburn saw – a talent I wish he could teach to the rest of the Broadway foetuses. 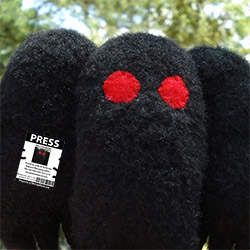