When you’re wading through a Margaret Sessa-Hawkins review you feel a great sense of sympathy for Britain’s schoolteachers. These people have to go home and do a load of marking, and to do that marking they need to read a lot of tripe that has been written by children. And children, for the most part, write dull, plodding, formu-lala like this.

In each review it’s so-and-so started with such and such a joke, which set a good precedent for the show that was to come. And then there was this, and then that happened, and then this. Then she’ll remark what it was like “throughout”. Then she’ll say that such and such was a great, or disappointing, finale. And then she’ll conclude with a conclusion that all but says “In conclusion”. It’s all “So, if you like the sort of comedy where blah blah blah then you should go and see doobie doobie fart splat woffle as soon as you possibly can”… and it’s pretty much all like that, except where she’s being amazed by things that aren’t really amazing.

She particularly liked it when Tig Notaro got a laugh for a pause. Wow! People laughed at the pauses because her pauses were SO brilliant! The review doesn’t say that Notaro has impeccable timing. The reviewer earnestly believes that Notaro was getting laughs for the sheer quality of the dead air during the bits where she wasn’t saying anything. Rather than understanding pauses as part of an overall rhythm or style, Sessa-Hawkins discusses them by themselves, in entity, because she is an entirely modular reviewer who would probably review a Lego house one brick at a time.

It is obvious to even the casual reader that Sessa-Hawkins is inexperienced at writing anything more involved than a thank-you letter to an aunt, probably for some socks, probably in the dank days of early January. And that letter probably ended “So, all in all these were good socks, and I would say that, if you like your footwear of the cotton variety, then you should come and look at my new socks as soon as you possibly can. Three stars.” 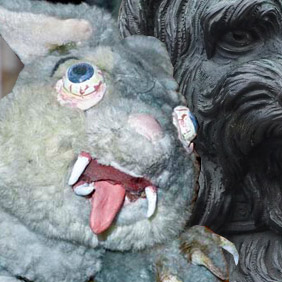