Jack Skelton walks that strip of taught razor wire between being clever and being too clever. While most of his observations are well made and well expressed, he occasionally gets too caught up in his own hyperbole and talks about stand-up comedy as if it’s dissident Czech filmmaking or Brechtian theatre. Some of his sentences remind me of the elbow-patched Open University professors we used to get on late-night telly in the 1980s.

Thus we get this sentence in his appraisal of the rugby-themed sketch show Don’t Drop The Egg: “All three are clearly poking fun at their own backgrounds but there is a problem with this type of parody when its loses its satirical edge and begins to slip into an outright celebration of its supposed target, akin to Al Murray’s ‘pub landlord’ character”. Is there a ‘problem’ with Al Murray’s pub landlord character? I assume that, since there is no comedic problem, Skelton is having a moral or political difficulty – ie, he doesn’t much like the pub landlord. Collateral damage of other comedians in reviews is something that pisses me off a little, even when – like Murray – they are fairly impervious to damage.

The closing line of this review, “Don’t Drop The Egg ultimately suffers because the trio appears to have run out of ways to mock a group of people who essentially parody themselves” lost me, I’m afraid, and was one of several points where I wondered whether Skelton fancies his own talents too much to reread his work.

However, Skelton appears to know the background of the comedians and situations he writes about, and this is very much to his credit. Of John Robins he writes:  “Robins adeptly skewers lad culture whilst also mocking his own insecurities. He deftly exploits the latter in his self-conscious interactions with the audience and in his penchant for slightly naff yet amusing puns.” Such economy of phrase is evident through most of Skelton’s work, and his reviews are always easy – sometimes even a pleasure – to read.

I do wish that he would stop complaining that pretty much everything he hears is too well-worn for a comedy topic (what’s left to say after seventy years of the Fringe?) but on the whole Skelton’s heart is in the right place. 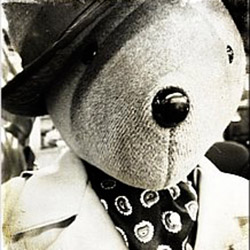