In his accompanying photograph James Dolton looks about 11, but don’t let this fool you. He writes with all the power and precision of someone three years older. In Broadway Baby terms, this makes Dolton an old man of letters, a veritable Venerable Bede.

Of all the publications to take a butchers at Baconface (ie all of them), Dolton’s was the only one to give a measured and useful account of what went on in the room, seemingly unburdened by pro or anti Stewart Lee baggage.  “Spasmodically brilliant and baffling in equal measure” just about covers it.

Dolton gets a little carried away with his own gifts during a review of Alex Horne: Lies, where his delight at the show’s tendency to undercut and deny itself leads Dolton to have a go at doing this himself. Thus he attempt a review-that’s-not-a-review, a sort of postmodern critique on the art of critique. To which you want to say: Can it, Dolton. You’re doing child’s fridge art next to Picasso.

Most of the time, though, Dolton is passionate and engaging and seems in every way human. Even when words fail him, he expresses himself quite well: “The reason for this review’s vagary on content is that to describe any of the bizarre goings on in detail is to do it a disservice and deny you the opportunity to enjoy it for yourself,” he says of Tim Key’s Masterslut.

It looks like Dolton is trusted with some of BB’s bigger-name reviews: He watches Jason Manford with a jaded eye and commends his ‘hard work’, as if this cheeky shaver knows the meaning of the phrase. Still, you can trust what he says for the most part. 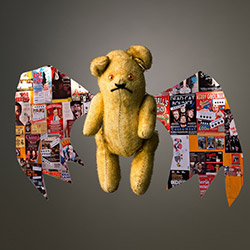