At one end of the reviewing spectrum is the callow youth determined to slay a comedy giant with their caustic dismissals; at the other is the starstruck devotee. Obank is clearly of the second water, and spends her first paragraph rattling off the accolades of whoever she’s looking at. Having done so, it seems unlikely that she’ll do anything in her review but swoon. And she doesn’t.

So it’s no surprise that Obank gives four and five star reviews to everything, save a couple of more obscure things that get two – plus some stern remarks about how their rooms didn’t have much atmosphere (could that be because they were relatively empty?) One thus reviled is the Oxford Imps – Obank tries to cover herself by stating “With quite a weighty reputation you would expect great things from the Oxford Imps” – not seeming to realise that the Oxford Imps are almost always different people, as nobody is allowed to go to Oxford for more than three years, and thus any ‘reputation’, if indeed they have one at all, is largely irrelevant.

There are some annoying tics in her copy. Obank is obsessed with the adverbial participle clause of ‘being’; every other sentence starts “Being so brilliant, yada yada”; “Being Irish, blah de blah”; “Being a reviewer, I’m yippee dippee doo”, etc etc; it’s all rather trying next to the constant sugar-spooning, the lack of any objective observation and the frankly bizarre non sequiturs such as “Ireland is our friend in Eurovision, and as a new London resident Aisling shares how alienated she is by the English’s crass behaviour”; “As Vine stepped out on stage sporting a silly pair of glasses you could feel the adrenaline in the room”.

She also has a tendency to flake out at the end with stock “if-you-like-the-sort-of-thing-I’ve-just-described-then-this-might-be-the-show-for-you” type non-statements. She’s not the worst reviewer in the world. Being a picky bitch, however, I found it quite annoying. 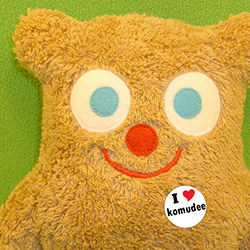