Elizabeth Jewell considers herself a ‘word nerd’, and while most of her words are all right, her grammar is all over the place. She has a particular penchant for sticking commas in where they’re not wanted, which makes her sentences quite jarring. Sometimes her enthusiasm gets the better of her phrasing, with the result that I can’t work out what she’s looking at: “The highlight is undoubtedly the reconstruction of the iconic ‘Ghostbusters’ montage, with cardboard newspapers and lots of intense running on the spot,” she writes. Hmm? I expect that sentence had one of its commas stolen so it could be jammed in somewhere else.

Despite her jerry-builder approach to sentence construction, Jewell is not a bad reviewer on the whole. Her writeups are mostly fair and to the point, although her take on Baconface was so unwilling to engage with the character I couldn’t quite work out whether or not she realised who she was looking at, especially when she ends with the rather ambiguous, ungenerous and inelegant statement: “The show itself was deliberately extremely repetitive which became tiresome and tedious. Only for fans of bacon, Canada and Stewart Lee”. I take it that Jewell is a fan of none of these.

However, Jewell has her moments and is probably at her best when describing the small players of the Fringe; the things we have most likely missed. She brings them to life admirably and gives them a fair crack of the whip. And when she stays in control of her writing talents they are mostly used for good. 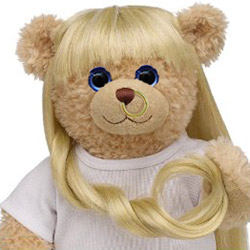