A Piggy Interview WithJohn Pendal (We Are Family)

I look back at my family tree to try and answer life’s big questions, such as “is it possible to get along with your Dad after Brexit?” The story covers mutinies in the 1800s, arson in the 1900s and autism in the 2000s. It’s aimed at anyone who is anxious about the state of the world or finds that their family sometimes annoys them.

It was in June 2010 at The Pirate Castle in Camden, at the end of a 7 week stand-up comedy course. All our friends and family were there and it was a very supportive night. Everyone did well. The second gig was where the hard work began.

I write out a possible set list on a piece of paper and put it in my pocket. I don’t ever refer to it, (and hopefully don’t stick to it), but knowing it’s there is reassuring.

My best review was from Broadway Baby in August 2010, for my debut hour “International Man of Leather” (link). They gave me five stars so the person I was sharing my accommodation with took me out drinking to celebrate. I’m a lightweight when it comes to alcohol, so I apologise to anyone I met on my way home that night.

My worst review started with the line “A comedian wearing braces? That was cheesy even in the 1980s.” Hmmm – they were leather braces, went with my leather wrist cuffs and puppy chain. Think the reviewer may have missed a few signals there! I’d love to take them out clubbing with me and get their take on a few more outfits: “A grown man wearing a gas mask? Doctor Who covered that in 2005!”

I probably will. Even a terrible review usually has something you can pull out for a quote. Or at least you know why people are being extra kind to you that day.

They are individuals with an opinion. Listen to it if it’s useful – ignore it if not. They have very little impact on the world other than the value acts give them.

In order to answer that in context I’d need to watch a lot of Count Dankula’s output, plus videos from racists for comparison. That doesn’t sound like something I want to do, so I’ll have to pass.

Absolutely not. Every subject needs jokes made about it. However, it’s better if you have some personal experience of the subject matter in hand so you can speak with authenticity.

When I started out I had very limited joke techniques to play with: I think I relied mostly on world-play and filth to get laughs. It’s very easy to go too far for an audience if that’s all you have! This year’s show has very little sex or swearing, so hopefully I’ve learned a few other mechanisms along the way.

July 2014 in Denver. There were about 700 people in the audience, I did a solo show that lasted 75 minutes and I got a standing ovation at the end … plus a line of cocktails along the front of the stage bought for me in the last 15 minutes of the show. That was a very happy evening.

Find John Pendal on the web - 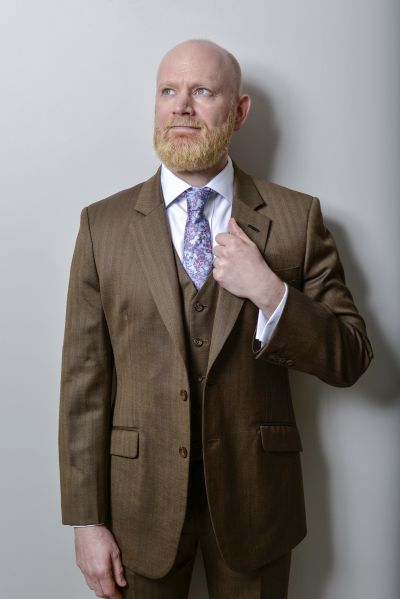 Find John Pendal on the web -

Reviewers are individuals with an opinion. Listen to it if it’s useful – ignore it if not. They have very little impact on the world other than the value acts give them.