I am going to make a movie. Taking inspiration from my childhood home videos, some questionable film-making techniques and a state of the art handycam from 2003, I will do anything and everything it takes (mostly everything) to make an actual movie. In one hour.

It was obviously awful. My jokes were underdeveloped, my stage presence was weak and the crowd hated every minute of it. Well, that’s what my parents said anyway.

If I’m doing an improv show, I tell everyone I’ve got their back. In my sketch group, we used to pretend we were feeding birds backstage to get pumped. But on my own, I just clench my fists really hard and hyperventilate until someone announces my name.

A good review is always one which gets what you’re doing, regardless of whether they particularly like it or not. The best one I got was probably from The Skinny which was really positive but also really got the point of the show, which was nice. Also Steve at Chortle is – I think – also a very fair reviewer. The worst ones I read are ones that don’t want to engage with the show in any way, or, in some I read last year, make an unjustifiably personal attack on the performer, failing to critique the show’s content in any way. My worst one was just slightly cruelly worded, but who knows, this could be my year!

I try not to read reviews, but I probably will. It’s hard not to jump at the opportunity for honest feedback validation of my life choices.

If they don’t love me at my

“compass prop was weak” (The Mirror),

they don’t deserve me at my

“finest comedic use of a dead goldfish since a Fish Called Wanda.” (Chortle).

I don’t really know enough about this story. Next question.

I think you can absolutely talk about anything but you have to punch up, not down. Whoever or whatever in the joke is in a position of greater power should be the target. Or just have no target. For me, the problem comes if the vulnerable person or issue is the centre of the joke, if that’s the thing you are laughing at, unless that vulnerable person is the person telling it, I personally don’t find it funny. I’m sure plenty of comedians would disagree with me but…this is my interview and I’m right.

Yes. Failing is how you learn, kids! I read over some scripts I wrote ten or twelve years ago and there are areas I wouldn’t dream of mining for jokes now. This is partly because I’ve become a better writer (HOPEFULLY. GOOD LORD, IMAGINE IF I WAS STILL BAD AFTER A DECADE) but I think also partly because there’s a greater awareness now about what is ok and not ok to joke about and how. Which I think is positive.

The final performance with my sketch group The Beta Males at The Udderbelly Southbank was a really special evening. Some audience members were joining in with our lines, we overran by half an hour and got a noise complaint. I felt like a rock star.

Find Richard Soames on the web - 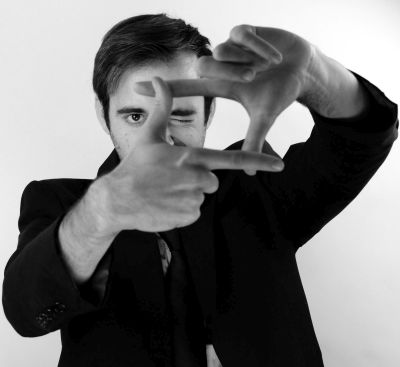 Find Richard Soames on the web -

A good review is always one which gets what you’re doing, regardless of whether they particularly like it or not. The best one I got was probably from The Skinny which was really positive but also really got the point of the show, which was nice.