Isobel Steer needs to decide what she likes; what she is passionate about in comedy, and then decide whether the things she is looking at match up to what she likes. At the moment she’s trying too hard to cover all bases and is watching comedy with a detached disengagement that doesn’t quite work.

Thus, we have a problem when she reviews Joey Page, an act whose humour, she says (and quite justifiably), “is quite Marmite”. While she states that “the sheer creativity and energy of the host is impressive,” she concludes that the show is only “for those who like their comedy zany”. But is that YOU, Steer? Do YOU like zany comedy? You must decide, and go with it. You can’t say that a show will divide people utterly one way or the other and then give it three stars. That’s like the NHS statistician who, faced with a condition that killed only babies and geriatrics, stated that, on average, 45-year-olds were most at risk.

Examine, please, this doozy from her review of Alex and Alexis Should Not Be Friends: “I failed to spot either the absurdist or satirical genres that were advertised in the billing; but having induced paroxysms of laughter, it remains a show worth checking out.” Hmmm. “Failed to spot”? “Induce”? “It REMAINS a show”? Steer doesn’t so much review a show as write a clinical assessment and then hand over a care pathway plan to its primary caregiver. If Steer wants to be a good reviewer she needs to be prepared to roll up her scrubs, get in there and wrestle with the beast we call comedy. And for goodness sake, Steer, try to FEEL something. 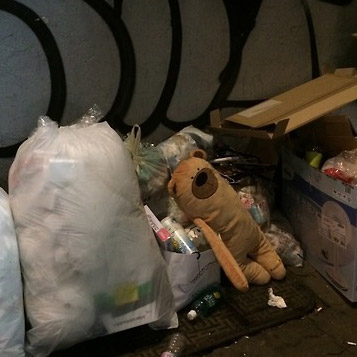