Tell me about ‘Kids Play’.

Theo, a seventeen year old science student desperately in need of cash (aren’t they all?) travels to Brighton for a rendezvous with Greg, a married middle-aged businessman who is attending a conference. Once in his hotel room, we begin to think that Greg may not be all he says he is, and when the handcuffs come out, there is a palpable sense of danger. But which one of them has the more bizarre sexual fantasy? It’s definitely one of those plays which, the less you know from the start, the better. We have put on the flyer “Do not give away the twists”. Like Taggart, it has its sharp diversions of plot, and ambushes you when you least expect it. There I should leave it, except to say that lurking in the wings is a teddy bear and that not everything turns out to be – well, Kids Play. 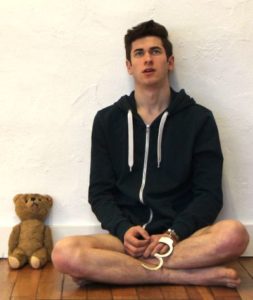 You use a lot of comedy in your writing, it that a conscious decision?

No, I’m just a frustrated comedy writer. I love creating dramatic encounters but in every situation there is comedy to be found. Scenes in Taggart which involved severed heads and skeletons under floorboards would have been undoable without lashings of black humour. Pathologists will tell you it’s the first defence against taking the job home. I once attended a post-mortem where the blackest of jokes were bandied about, by police and surgeons. The trick is never to try and do it consciously. Kids Play is full of comedy. At times you won’t quite know if you should be laughing. We did a staged reading in London where the audience roared at lines I didn’t even think for a moment were funny. That’s good actors for you!

Do you see the play as controversial? Should it be seen that way?

Hmmm. When I went to see 50 Shades of Grey (referenced in Kids Play) I thought it was controversial. By the time the third film came out, I just got bored by it. Yeah, yeah, he’s getting the cane out again. Kids Play is controversial in that it’s a psycho-sexual journey into the minds of two people that takes us ultimately into quite dark territory, which one or two people might find uncomfortable. In rehearsal, possibilities threw themselves at us – as though we were probing forbidden corners of the brain. And yet, it’s a very moral play.

Are there any subjects that are not suitable for the stage and do you worry about censorship?

Every subject under the sun is suitable for the stage. It’s just the way it’s done. Child abuse is a highly contentious subject at the moment, and I treaded water carefully when I did Sandel at the Fringe in 2013.   It was based on a cult novel about a love affair between a student teacher and a fourteen year old choirboy. Some people were shocked that it should be done pure and simply as a love story, but because the young lad was the manipulator and the one in control, and they lived happily ever after (we assumed), it felt less ‘creepy’. I didn’t worry about censorship because there was no-one to censor me, though there were moments in rehearal we thought “can we get away with such-and-such?” Self-censorship can be dangerous. 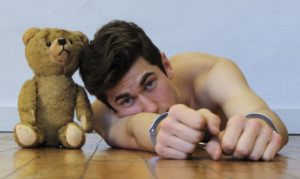 Well yes. It’s racial aggravation. He could have said ‘Gas the homos’ and that would have been equally criminal (and offensive to me). There isn’t a fine dividing line between free speech and racial aggravation, but I think that, if even done for laughs, it crossed a number of lines.

Oh wow! My worst review was for Boys of the Empire, ten years ago here in Edinburgh. In spite of the fact we were having great reviews and sellout houses (or maybe because of it, I don’t know) The List gave it one star and their reviewer said I should be given six of the best. I’m still waiting. One of my first fringe plays as a struggling young writer was put on in London in the late 70s and had a young Leslie Manville in the cast. Michael Coveney, respected critic for the Financial Times, reviewed it glowingly and described my central character as a “dumb acolyte at the spurious altar of ideological convention”. I remember that one most fondly.

I have to! When you’re the producer you can’t run away and hide. Having said that, I don’t go looking for them, I wait until they find me, and it isn’t usually long!

I did some reviewing myself before I started producing, when I thought it was politic to stop, so I kind of know the canvas. If I absolutely hated a show, I would simply not review it, and I tried to be as constructive as possible with others.   I have a great respect for them and in the main they have been good to me. Most try to be encouraging, but there’s always going to be the odd one who is bitter and destructive. They wield great power, and power has to be used responsibly. 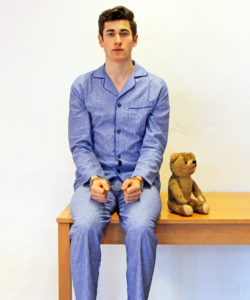 You created Taggart, the longest running detective series in the world. Do you have any favourite anecdotes?

Hundreds. But the one that most stands out in my memory was the night shoot we did in a cemetery in the pouring rain, with someone being killed and dumped in an open grave. We were very close to a rather unsalubrious council estate, and the council had asked us not to advertise what we were filming as they didn’t want the place associated with crime. As none of our principal actors were in the scene, we were to say it was a childrens’ television series. So far so good, until at 2.00am we were surrounded by young kids who, frankly, should have been in their beds. One of them was sniffing glue. “What are you filming?” he asked. “A childrens’ TV series.” I answered. “Away, you’re no’, you’re filming Taggart.” he said.

Looking back over your time as a writer, tell me about the best night of your career.

There have been many. One that meant a great deal was at the end of Boys of the Empire in Edinburgh. It was my first stab at producing and I really cut my theatre teeth on that show. One of my young cast turned 21 and I took them all out for a slap up meal. On the final night, they pulled me on stage and presented me with a bunch of flowers. It struck me that if you’re good to your cast they’ll be good to you, and that if theatre isn’t about fun and making wonderful new friends (alongside the hard work) it isn’t worth doing.

Find Glenn Chandler on the web - 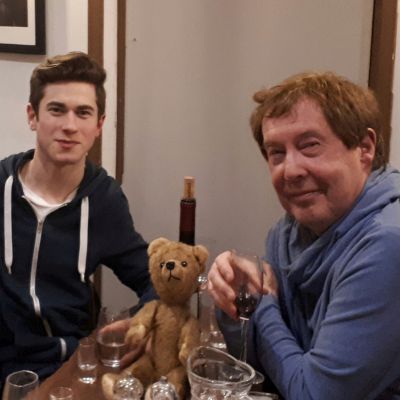 Find Glenn Chandler on the web -

My worst review was for Boys of the Empire, ten years ago here in Edinburgh. In spite of the fact we were having great reviews and sellout houses (or maybe because of it, I don’t know) The List gave it one star and their reviewer said I should be given six of the best. I’m still waiting.