Sadly for David O’Connor, clicking on his name takes you to the Three Weeks theatre critic Dave Fargnoli. It’s almost as if Three Weeks is losing track of its million pickpocket street children.

When you’ve read more than a hundred Three Weeks reviews you start to wonder why they even bother recruiting these youngsters anymore. Surely by now they could just write their hack buzzwords and threadbare phrases onto scraps of paper, throw them in the air and see how they land?

It was not surprising, then, to learn that Ian Smith’s room was uncomfortably hot, nor that he conducted his show with “good timing”, “good natured audience participation” and on the whole had a “self-deprecating style of comedy” (seriously if one more reviewer this year uses the term ‘self-deprecating’ I will fucking scream).

That said, O’Connor does alright when he lets go of the novice reviewer’s safety-lexicon saying, for example, “It is easy to imagine Romesh Ranganathan as a substitute teacher, running out of patience with his career, children and society at large”.

He ruins it a bit by adding that Ranganathan “left his career as a frustrated maths teacher”. Was that the actual position he applied for? Did it say: ‘Wanted: Frustrated maths teacher’? Still, I like the line about “maintaining the kind of inoffensive offensiveness that makes this a very easy show to get into”.

Better yet, his review of Brendon Burns And Colt Cabana Sit In A 150 Seater At 10pm And Provide The Commentary To Bad Wrestling Matches is both lively and succinct. It made me want to go.

Rather than being a let-out for a poor reviewer, Three Weeks’ 120-word limit actually demands a really good one. O’Connor would progress to being a better critic more quickly if the format gave him a little more wiggle room. But his straightforward style suggests that, if he loses the over-worn hackspeak he’ll be solid enough. 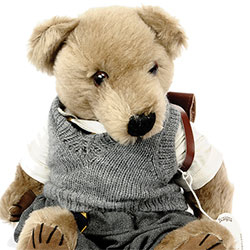