Brett Mills is a virtual pick ‘n’ Mix of allusions and metaphors which, like the ones we used to get at Woolworth’s, could be delightful. But inevitably, like Woolworths, it ends up rather bankrupt.

Russell Hicks “flips between insult and concern”…which “never hits the heights”, “because he doesn’t give punters enough rope to hang themselves”, leaving him “little to play with”. He’s “on the verge of letting fly” but then “flips to another topic”… well, at least he ended up where he started, with the flipping. We get what he means, but with all the verby verbiage you feel that Mills is a bit too… flippy? He’s given himself too much rope, really.

A suspicion that Mills is rather too enamoured with his own gifts is confirmed halfway through his review of Steve Bugeja: “There are callbacks that have the effect of evidencing a coherent narrative, rather than being comically surprising in their yoking together of hitherto disparate parts.” There are what now?

Far less annoying is his review of the Delightful Sausage, and that’s not just because he actually liked it. It’s more that, in expressing his joy, he stops trying to be clever for a minute, describing a “delightful show that displays considerable comic deftness and the performers’ funny bones”. But even here there are slips: “Sometimes when those on stage are so obviously enjoying themselves it can come off as indulgent; here it’s infectious, creating the very commonality the show is predicated upon.” You could just say ‘They laugh at their own jokes but it doesn’t matter’, Brett. Would that work?

Still, he uses the work ‘rambunctious’, which doesn’t get enough play. I don’t even mind that he spelled ‘funny’ with three Ns. Maybe it SHOULD have three Ns. I don’t know.

What I DO know is that if you base your Fringe show on, say, a village carnival, your reviewers will all call it “a fete worse than death”. And so, in calling his offering “Almost”, Steve Bugeja was giving the reviewing community an open goal, really. “The show is called Almost and this is apt, given the real comic matter is ready and waiting, almost but not quite on display.”

He shoots! He scores!

Brett MillsWriting for Fest (Reviewed in 2018) 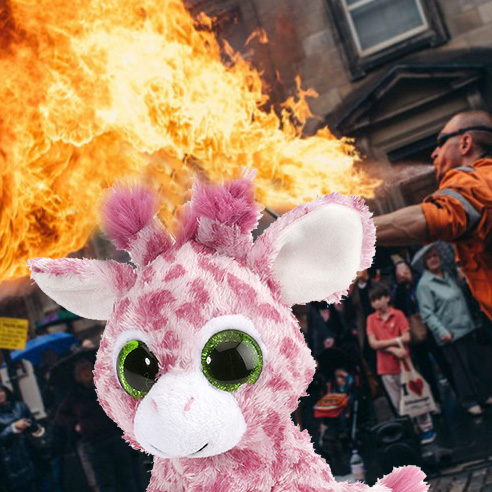